Zimbabweans being evicted from SA

The South African government is hell-bent on cancelling all Zimbabwean Exemption Permits (ZEP’s) which have allowed some 178 000 Zimbabwean nationals to live and work in the country for about 13 years, writes Tania Broughton. 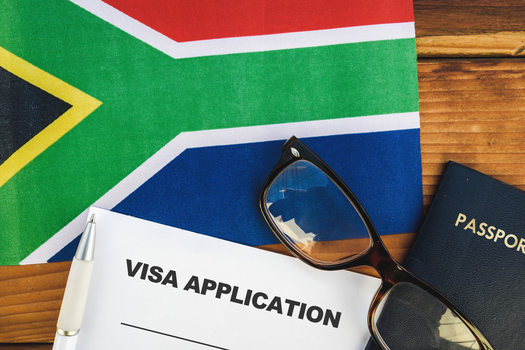 The Helen Suzman Foundation (HSF) has launched a court challenge against the decision taken by the Home Affairs Minister in December last year, giving ZEP holders just 12 months to “regularise their status” by applying for other visas or go home.

In its application in the Pretoria High Court, HSF is seeking to set aside what it describes as the “hasty, untransparent and ill-considered” decision. It says reports by international organisations such as the World Bank, the IMF and Human Rights Watch, were  unanimous that conditions in Zimbabwe remain dire, that poverty rates were rising alarmingly, and that political life was characterised by widespread violence and social upheaval.

Opposing the application, Director General of the Department of Home Affairs, Livhuwani Tommy Makhode, said that conditions In Zimbabwe have improved considerably and its unemployment rate is now lower than South Africa’s. He said the Minister’s decision had the support of  the Zimbabwean government. “If there was a possibility of mass unemployment, and/or impending economic upheaval with the return of 178 000 Zimbabweans, one would have expected this to be raised through diplomatic channels.”

Makhode said the system was originally introduced because of an influx of Zimbabweans in the face of hyperinflation and a humanitarian crisis. “By all accounts, the economic situation has significantly recovered – there has been positive growth in the GDP while the economic situation in South Africa has markedly declined … South Africa  is facing an unemployment rate of 34%, whilst Zimbabwe’s is about 5.2%,” he said.

Makhode claimed that ZEP holders could apply for other visas or make representations on an individual basis on whether their permits should be renewed. However time is running out and with four months to go, he said only 6000 had made such representations.

In spite of the pending court case which still has to be set down for argument, in a radio interview this week, Zimbabwe’s Ambassador to South Africa David Hamadziripi said: “We have been informed that the decision (to stop the issue of ZEP’s) won’t be reversed”.

He said the Zimbabwean government believed a “significant number” would return and the government was working hard at economic reform to ensure that they could “make a decent living and have a decent life”.

But in another related court application in which the Zimbabwean Immigration Federation is seeking an interdict stopping the deportation of ZEP holders, director Vindiren Magadzire says most of the Zimbabweans in South Africa had been forced to flee as a consequence of political violence, abductions, torture and economic factors.

“Some are also part of the LGBTQI+ community and are likely to face discrimination and prosecution in Zimbabwe. Others will be exposed to persecution on account of their political opinions,” Magadzire said. “South Africa has been a safe haven for us. South Africa is bound, under international law, to avoid forcing any such person to return to their country.”