A row has erupted in Kenya between President Uhuru Kenyatta and key figures in the judiciary with allegations that political leaders are maneuvering to change the constitution for their own ends. Judy Waguma reports from Nairobi. 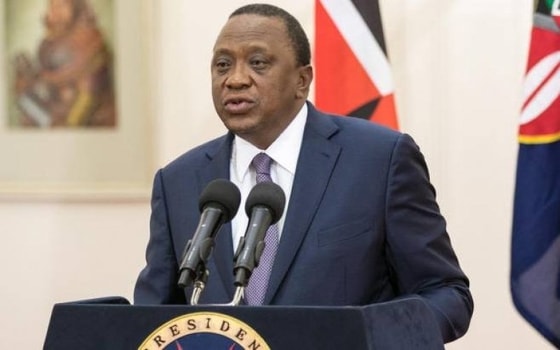 In the latest move Kenya’s Attorney General, Paul Kihara Kariuki, has overruled the appointment of the 41 judges nominated by the Judicial Service Commission (JSC) despite public appeals by Chief Justice (CJ) David Maraga and the president of the Law Society of Kenya (LSK) Nelson Havi.

Earlier this week (June 8) Maraga asked President Uhuru Kenyatta  - through a press conference - to expedite the appointment of the 41 judges as massive case backlogs were threatening court operations. Also, failure to do so contravened the constitution, Maraga warned.

The Chief Justice then told journalists that the judges had been recommended for appointment in July 2019 but that nothing had happened. The country currently has 33 Environment and Land Court judges dealing with 16,457 cases, 15 Court of Appeal judges facing 7,315 cases and 12 judges at the Employment and Labour Relations Courts facing 13,197 cases.

However, Kariuki said the Chief Justice was the one who was out of line as he was interfering in cases involving the political executive that were still pending in courts.

“The Executive is ready to work with all arms of government; all cases should be litigated on the corridors of law and not media briefings. Kenyans want public service, not self-service," Kariuki added.

But Maraga has accused the President and his government of defying existing court orders, quoting the recent eviction of more than 1000 families from the Kariobangi slums in Nairobi, amid the Covid-19 pandemic.

The battle though has been brewing for some time. The President first clashed with the judiciary three years ago when the Supreme Court, led by Maraga, cancelled his presidential victory and ordered a new election. Uhuru was furious and called the judges “wakora” or crooks.

A day after Maraga issued his statement this week Havi called for the removal of the Attorney General and Solicitor General from the list of advocates. He said he would petition the National Assembly and the Senate to impeach the President.

Havi said, “The Kenyan legislature has been weakened because the Executive wants to have control of the judiciary and legislature. Once we submit the petition, Kenyans must act otherwise we are likely to go back to the days when Kenya was governed as someone’s property.”