Water stress increases across Africa, but Egypt responds with an ambitious strategy

Throughout history, water has been a central guiding force behind the ebbs and flows of every nation’s social, economic and political power and prosperity. The River Nile and the eleven countries that rely on it are no strangers to the ability of water to effect transformational change, for better or worse. 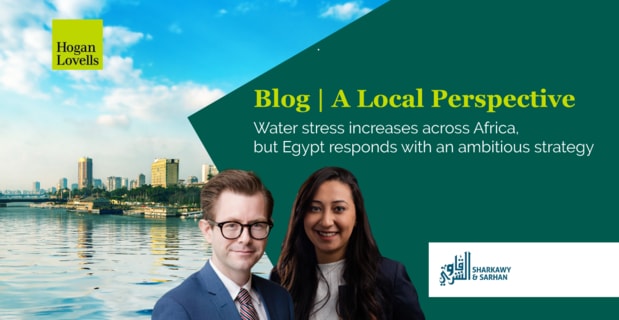 With progress pressing ahead in Ethiopia of the Grand Ethiopian Renaissance Dam (the “GERD”) opportunity presents itself for deeper engagement on issues relating to water scarcity and effective management of water demand and supply. This blog briefly overviews these issues in the context of the African continent and specifically, from a project perspective, how they interrelate with planning of water infrastructure procurement downstream in Egypt, a nation deeply dependent on the blessings that flow from the "father of African rivers".

Africa’s population is projected to quadruple by 2100 to approximately 4.4 billion. By 2050, urbanization of more than half of that number is expected. Amidst this unstoppable socio-economic shift, it is imperative, given low electrification rates, that Africa’s nations continue building good policy and robust legal frameworks conducive to attracting unprecedented levels of investment into energy projects like the GERD. With their successful fostering of renewable energy deployment and energy efficiency targeted investment, Africa’s northern nations of Egypt, Morocco and Tunisia exemplify the rewards that await their continental peers should they nurture the right climate. Over the last decade, Egypt went from chronic power shortages to a 25% supply surplus by quickly identifying steps needed to spur investment such as subsidy restructuring, currency liberalisation and granting investment guarantees. Over the same period, Morocco’s government orchestrated an equally stellar approach accounting for three-quarters of North Africa’s renewable energy growth, largely underpinned by the creation of long-term renewable targets and central agencies such as the Moroccan Agency for Sustainable Development, and the introduction of renewable focused legislation. In response to becoming a net importer of energy, Tunisia declared energy efficiency a national priority and proactively employed a panoply of targeted fiscal and regulatory instruments through, for example, its National Agency for Energy Conservation and Energy Transition Fund. Globally celebrated, Tunisia’s approach has resulted in a decoupling of its economic growth and energy demand since 2001.

However, often dubbed the "new oil", water is rapidly taking over as one of the key global challenges of the 21st century desperately in need of a solution due to its scarce, irreplaceable and indispensable position within society. Nowhere is this more pertinent than in Africa which is confronted with increasingly acute levels of water stress flowing from issues as diverse as natural and man-made scarcity, lack of or deteriorating infrastructure, mismanagement, inequitable pricing, pollution and disease and conflict. The WHO estimates, for example, that more than 40% of the world’s water-stressed population lives in Sub-Saharan Africa, with only 44% of urban and 24% of rural communities in that area having access to adequate sanitation. The onslaught of the COVID-19 pandemic aggravated the severity of these issues across the continent and squarely reinforced the common and often interrelated way in which they confront each of its nations. Against this backdrop and the rising tide of cross-border interdependence through the continuing success of agreements such as the AfCFTA, the opportunity to place more material emphasis on pan-African cooperation in the water sector is starting to ring loud and clear. The creation of the Network of Parliamentarians for Water, Hygiene and Sanitation in West Africa (“REPHA-Africa”) is a practical example of this taking root. Under the banner of REPHA-Africa, parliamentarians from Burkina Faso, Benin, Côte d’Ivoire, Mali, Niger, Senegal and Chad have joined forces to develop policies targeted at increasing access to safe drinking water and adequate sanitation. Future plans to broaden involvement in REPHA-Africa from other regional countries are expected.

First and foremost, the negative externalities that water stress spawns necessitate transparent and stable domestic strategy akin to the concerted governmental efforts celebrated in the North African energy sectors. The EU and the World Bank African water initiatives have paved early foundations for each country to build upon domestically, both on the demand and supply side. Now, with an absolute water crisis projected by 2025 and the GERD expected to further challenge its traditional water supplies, the Government of Egypt (“GoE”) is once again stepping up to lead by example. Countering, the GoE has swiftly pivoted its focus toward its thirsty water sector, announcing a 30 year strategy comprising desalination and wastewater procurement streams. The US$15 billion programme is further split into five-year plans, the first covering 2020-2025.

Water supply will be decentralized over 30 years with the procurement of up to 67 desalination projects nation-wide with an aggregate capacity of 900,000 m3/day. Coastal governates are the priority for the first five years, where water deficits due to distance from the Nile River are being increasingly exacerbated by the rapid development of coastal megacities. Procurement is also frontloaded, with the GoE earmarking US$69 million for the commissioning by 2022 of 19 plants at a total capacity of 55,000 m3/day. As with recent trends in the GCC, weight will expectedly be given to the incorporation of renewable technologies and other sustainable aspects when procuring these projects.

Contrary to its desalination plans, the GoE’s wastewater strategy is a lesser number of more centralized projects of greater individual capacity. Commencing with the award-winning New Cairo Wastewater Project (“NCWWP”) in 2009, Egypt has built a solid track record in large scale wastewater procurement. Extending this momentum, the GoE recently announced plans to procure in Sinai what will, once completed, be the largest agricultural wastewater plant globally. With a capacity of    5,000,000 m3/day and project costs estimated at around US$1.1 billion, the Bahr Al Baqar Project will attract significant market attention and place Egypt as second only to China in terms of wastewater reuse capacity.

To give effect to its ambitious water strategy, effort will no doubt be employed by the GoE in predictable areas. For example:

A 2016 devaluation of its currency saw the GoE court greater FDI by enacting an Investment Law in 2017, paving the way for transformation into a regional hub, particularly for energy and infrastructure. Egypt’s water needs have also not gone unnoticed, with AfDB, the World Bank and the EIB increasingly becoming active in its sector. Whilst details are presently unclear, the GoE has announced the implementation of a new legal framework for the water sector to drive greater private capital inflows.

Effective tariff design remains a considerable hurdle to overcome. Historically, an over-reliance on subsidies to suppress prices caused considerable losses for the GoE. However, mirroring the power sector, 2017 saw it approve a water tariff increase toward better alignment with the true cost of production. There is still a long way to go. However, the move has, at least, signalled a positive intention to take on board private investors’ concerns. To aid the situation, the GoE appears keen to foster integration of PV solar and other sustainable technologies like that underpinning recent cost declines in GCC desalination. For wastewater, the four part "sewage treatment charge" employed in NCWWP is expected to continue as the relevant payment structure for future projects.

NCWWP is expected to provide the blueprint on risk allocation for water projects with the Holding Company for Water and Wastewater (“HCWW”) and its subsidiaries or the New Urban Communities Authority. The approach in NCWWP is comparable to those well banked in other regional markets, which should provide investor comfort. Guidance is also expected to be drawn from power projects recently financed in Egypt.

A guarantee from the Egyptian Ministry of Finance (“MOF”) covering offtaker payment obligations in-line with previous concessions is a must for the private sector. As an initial step, MOF was recently given the green light to guarantee payment obligations of HCWW and its subsidiaries up to EGP3 billion (US$191 million) on desalination projects in the Red Sea Governorate and Matrouh.

Historically, the GoE has generally insisted on Cairo as the seat for arbitration proceedings with respect to water projects. There also appears a preference for arbitration pursuant to the UNCITRAL rules before the Cairo Regional Centre for International Commercial Arbitration (“CRCICA”). However, in other projects, there is precedent of it accepting offshore seats such as Paris or Geneva and a trend towards ICC rules or CRCICA rules. The CRCICA is a reputable institution and Egyptian courts have proven to be respectful of arbitration and do not unduly interfere with arbitral awards.

With equally exciting announcements such as the National Bank of Egypt and IFC’s recent agreement to increase local funding for solar irrigation, the Egyptian water sector is undoubtedly a hotbed of activity worthy of close monitoring moving forward. As with its previous success in turning around an underperforming power sector, we anticipate that the GoE’s water strategy will also provide a well of inspiration and spearhead solutions adaptable by other nation states on the continent in their struggle to overcome increasingly severe levels of water stress. 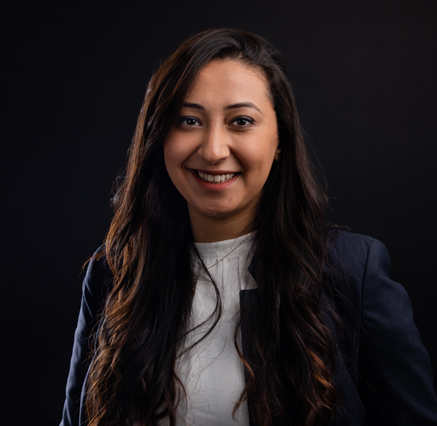 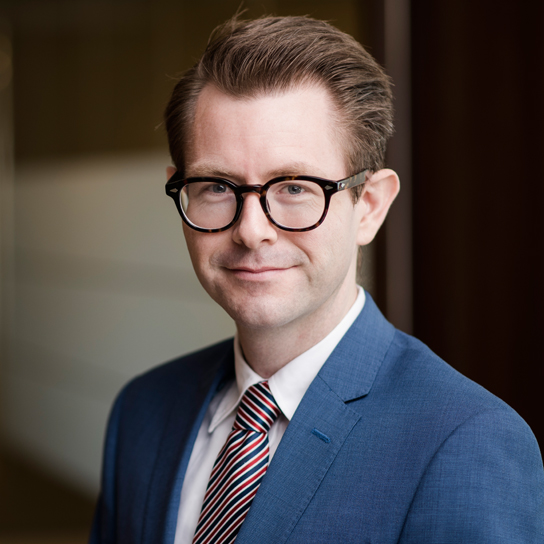 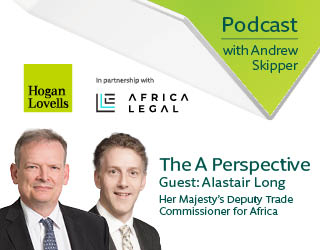 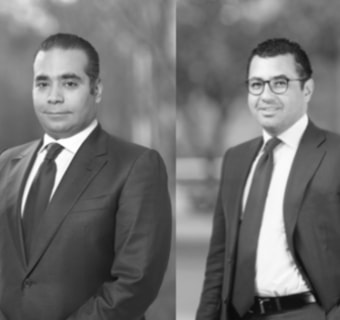 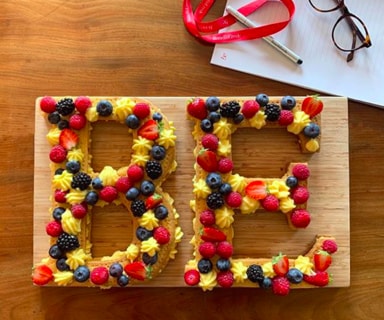