Victory for Free Speech in Eswatini

An Eswatini airline employee has won a significant constitutional rights victory, with that country’s high court ruling that a Facebook post, in which he intimated that the government was a “dictatorship” amounted to free speech, reports Tania Broughton 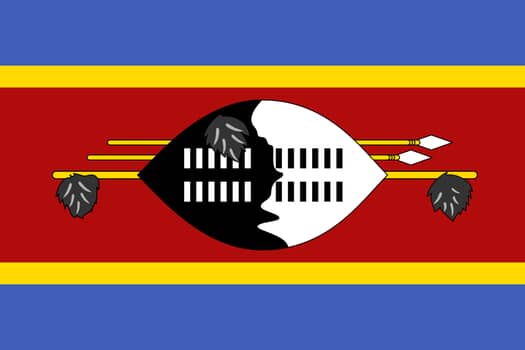 Despite that victory, Royal Eswatini National Airways (Renac) accountant Godfrey Exalto has not yet been cleared for a successful legal landing. He still has to face proceedings in the country’s Industrial Court which will determine if, contractually, he was entitled to make the social media posting.

Exalto posted the following in November 2019: “We can go on and on but nothing will change, because there is no will to change, because kutokhala umzaqa. Dictatorship 101.” Kutokhala umzaqa translates to “someone will get hurt”. The post was made at a time when there was public debate about government spending on luxury vehicles.

The airline instituted disciplinary charges against him, saying he’d brought Renac into gross disrepute for labelling the Eswatini “systems of government as a dictatorship which have brought the corporation into disrepute in the mind of her shareholders” and for irresponsible use of social media.

Exalto then approached the Industrial Court to stop the hearing, alleging the charges did not disclose any misconduct on his behalf. He also launched high court proceedings, asking for a declaratory order that he was exercising his Constitutional right to freedom of speech and opinion. That matter came before Judges Titus Mlangeni, Qinisile Mabuza and Mzwandile Fakudze.

The airline opposed the application. They said the dispute was a pure labour matter which could be resolved without reference to any constitutional provisions, and that, even if “free speech” applied, Exalto had, in his employment contract, consented to being “deprived” of this right.

Judges Mlangeni and Mabuza ruled, however, that they should hear the matter because the issue was bound to be raised again in the Industrial Court, resulting in a “circuitous and back and forth process that should not be countenanced in litigation”.

They also said the court was enjoined to embrace every opportunity to “breathe life into the constitution and give meaning to the rights that it confers”. They stated they would not deal with the merits of the disciplinary case, only whether the Facebook posting constituted free speech.

“This issue has no precedent in this jurisdiction… Undoubtedly the perceived sting in the post is the reference to dictatorship, the obvious innuendo being that the government of this kingdom is a dictatorship,” Judges Mlangeni and Mabuza said.

“Whichever way you can look at it he has expressed his thoughts, his views, his opinion. He thinks that there is no will on the part of government to change… He could be right, he could be wrong. As a matter of fact there are many people who may disagree with him.

“What this demonstrates is that this issue is open for debate … It is a public issue how public funds are utilized and the taxpayers and non-taxpayers are entitled to engage in such public debate,” they stated.

They said speech freedom “clawback clauses” – exceptions in issues involving public safety, morality or reputational, rights and freedom protections – did not apply in this matter. “It is just his opinion. Period.”

Judge Fakudze dissented. He agreed with the airline that the issue was “contractual in nature”, and said Exalto had consented to the deprivation of the enjoyment of his rights (in his employment contract) and he could not now assert that right.