Upfront and Honest Wins the Day 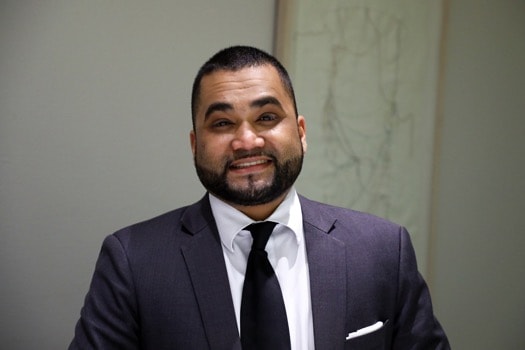 In the two years since it first opened its doors in 2017, Rupert Candy Attorneys has racked up an impressive portfolio of clients and cases.

Last year, the firm represented one of South Africa’s foremost advocacy groups, the Right2Know Campaign, in the North Gauteng High Court, where it secured an urgent interdict preventing the President from holding interviews for the then vacant National Director of Public Prosecutions behind closed doors.

“The application was brought in line with the constitutional values of openness and transparency, as opposed to secrecy,” the firm’s founder and namesake, Rupert Candy, says.

It also won the firm the title of ‘Dispute Resolution Team of the Year’ at the 2019 African Legal Awards, held in Johannesburg, in September.

Says Candy, his initial shock at hearing the news soon gave way to happiness and gratitude.

“Some of the other finalists were very well-established, prestigious firms,” he says, “We are still very much a start-up, largely made up of young people”.

The firm’s relative youth, however, belies Candy and his team’s experience and expertise in one of the African legal market’s most important sub-sectors: dispute resolution. The firm also runs a highly successful commercial litigation practice.

After completing his studies and following a short stint with a telecommunications provider, Candy spent five years at Webber Wentzel, where he focused on dispute resolution.

He believes the reason for the increased interest in alternative dispute resolution witnessed across Africa of late – and evidence by the International Chamber of Commerce’s latest caseload figures - is two-fold.

“I think that some parties simply prefer it to the traditional court route, which can be lengthier and more expensive. But it’s worth noting that, in South Africa, arbitration - while potentially quicker - can be just as costly, if not more,” Candy says.

“I also think people feel they will get a ‘better case’ in a forum which they can choose. Again though, in the South African context, this can be problematic because we have preconceived ideas around who is competent and who is not. There are some whom, I think, believe certain judges on our benches are not good enough and are only there for transformation purposes. This is not only wrong, but, quite frankly, discriminatory”.

Candy has a certificate in Sports Law from the University of Pretoria (achieved with distinction) and this remains a special interest for him. Recently, the firm has also developed a practice in media, defamation and privacy law.

“We’ve appeared for clients at both the Press Council of SA (print) as well as in the Broadcasting Complaints Commission of SA (electronic),” he said.

Rupert Candy Attorneys is firmly rooted in its values and was born of Candy’s desire to “make a difference” and to do his part to address South Africa’s triple challenge of inequality, poverty and unemployment.

“Small businesses are key to tackling this challenge,” says Candy, “If you can employ a few people, then you are playing your part”.

The firm also maintains an active pro bono practice, which extends beyond its mandatory requirements and represents civil society and individuals in-need alike.

“Most of the team comes from working-class backgrounds and grew up in former ‘group areas,’ under the horrendous apartheid legislation,” says Candy, “We know the struggles of the majority of South Africans and we understand the importance of our pro bono work, given the fact that access to justice in South Africa is still largely determined by race and class.”

Asked what sets the firm apart from its competitors, Candy says he and his team are always upfront with their clients and their clients, in turn, appreciate this honesty.

“We are also not expensive and are open to negotiation, particularly when it comes to financially deserving clients,” he says, “In addition, we have good turnaround times and are good at dealing with red tape.”

Looking ahead, Candy says he and his team are confident in their capacity to take the firm to the next level.

“So, to the readers out there, please feel free to contact us should you require practical, legal solutions.”