Ugly Teeth of the Hyena

A Kenyan high court judge has urged victims of domestic violence to “run for your lives”, writes Tania Broughton. 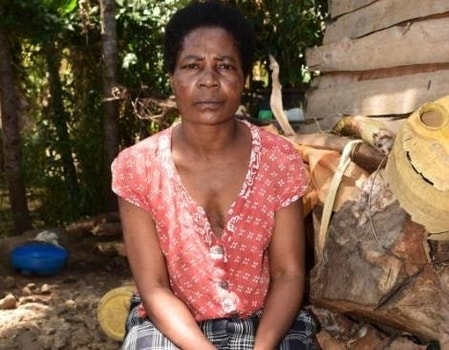 “Be remembered and celebrated as a person who escaped from the jaws of the lion and not as one who condoned being predated on by the ugly teeth of the hyena,” the judge said.

The tragic case before Judge Roselyne Aburili was that of Truphena Ndonga Aswani, a woman who had been beaten and battered, and on several occasions left for dead, by her husband James Oyengo Obochi.

Beatings, when he returned home drunk at night, were the norm for her, his uncontrolled rage often sparked by the fact that his own father did not trust him and had given her the title deeds to the family land.

They had a son and she loved her husband. Like many victims of domestic violence, she believed that one day he would change for the better.

But on December 14 last year, when he picked up a panga and confronted her, she knew she was going to die. She managed to snatch it away from him and attacked him instead.

He died from his injuries. Terrified, she dragged his body to a neighbour’s farm and covered it with grass.

Initially she denied any knowledge of the crime but later confessed. She was charged with murder, but in terms of a plea bargain agreement, was convicted of culpable homicide.

It was up to Judge Aburili to decide on her punishment.

In her ruling, the Judge said Aswani had been “butchered, battered, dehumanised and violated”, she was a woman with no voice.

“She spoke endlessly of how she had been subjected to torture and inhuman treatment. In November he had assaulted her until she almost passed out. A neighbour took her to hospital. “He did not visit her or pay her hospital bill.”

Awani said she was acting in self-defence and if she had not killed him, he would have killed her.

If that was the case “her story would never be told since the dead tell no tales. We would never know what she went through.”

The judge said she had been persuaded to give her a non custodial sentence so she could receive counselling to recover from the traumatic experience that she underwent prior to, during and after his death.

“She does not deserve to be punished harshly as she was a victim of tortuous domestic and gender-based violence. She had no voice. She was silenced into accepting  beatings to be her normal life until she nearly lost her own life.

“The  court believes that through this judgment, she and others can have their voices heard.

“They are encouraged to report to any law enforcement agency or non governmental organisation. Run for your lives.”

The judge ordered that she serve one day imprisonment and be released at the end of that court day.

She also ordered the probation officer to assist Awani with expenses to “reach a safe place of abode” and to organise counselling sessions for her.