Trust is Key for Lawyers Working in Africa 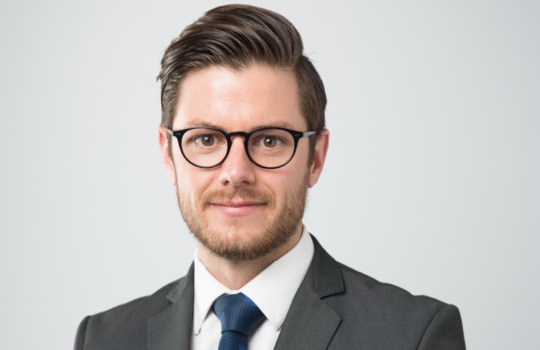 Darryl Jago, an associate at Hogan Lovells in Johannesburg, is in the legacy business. In 2010, the US firm Hogan & Hartson merged with the UK’s Lovells (both over 100 years old) creating one of the world’s most respected legal outfits.

Hogan Lovells is represented by lawyers in 45 offices on six continents, including Jago and others in South Africa.

The 29-year-old attorney was born in the Indian Ocean city of Durban and schooled in Johannesburg 600kms away. To fund his studies he did a variety of jobs, including teaching, eventually attaining his law degree in 2011.

In 2013 and 2014, he worked in the in-house legal team at Total in Johannesburg and was mentored there by Krinesh Govender and Natachia Moorgas.

Both are still with the multinational’s legal team.

“They were phenomenal and are still very much involved in my life. They provided a very solid foundation for my legal career.”

Darryl has five post-graduate certificates from the University of the Witwatersrand (Wits) Law School: in competition law, labour law, mining and prospecting and advanced company law.

Earlier this year he completed a short course in ‘English Law for International Lawyers’ in London. The course was also attended by bankers and state law advisers.

Darryl's journey into law, prior to working for Total, was somewhat of a winding road that began with multiple rejection letters from the law firms where he sought to do his articles.

But tenacity paid off and after spending two years at Total, he had his pick of five law firms to train at and most recently was awarded Attorney of the Year (Associate) at the African Legal Awards 2018.

He chose to do his articles at Hogan Lovells during 2015 and 2016. This involved a seat in commercial litigation for eight months followed by mergers and acquisitions for 18 months, which is what he specialises in now.

“Practising law in Africa has its challenges, but they are not insurmountable. The continent has more than 50 countries and, unfortunately, everybody paints Africa with one brush.

“There is no one size that fits all. You can’t compare North Africa with West Africa, for example. And you can’t be a general African law practitioner. You have to specialise.”

This specialisation ranges and, for instance, a lawyer needs to be mindful of Zimbabwe's indigenisation laws or how Portuguese documentation is required in Mozambique and that Mauritian companies need local directors, he says.

“You can’t read this in a book, you have to get the local experience. You have all these little things to consider. It demands that you pair up with well-versed local lawyers and, by working with them, you gain a relative degree of experience in certain countries."

“To my mind there is no such thing as an Africa legal expert. If anyone claims to be one, I would be surprised.”

Darryl approaches his job with care.

“I think humility is important and to appreciate there are softer issues that may not be precisely aligned with the letter of the law in the country you are from. It would be fatal to go into Africa, including South Africa, with a mindset of ‘this is how we do it back home’.

“You won’t get very far that way. Be flexible. You can contribute your expertise and structure deals in a way that may have never been seen in a specific jurisdiction, but you have to operate in an existing framework.”

Another golden rule he applies is due diligence.

“Be sure to prepare and research the local landscape as best you can. Don’t go into a deal guns blazing. Case the joint out and make sure everyone is who they claim to be.”

One of the key drivers in his career is his commitment to Hogan Lovells and doing his bit to build its reputation.

“There really is a global feel about it. We are one team worldwide and we don’t just pay lip service to that. We are fortunate to move around between our international offices and I have spent some time working with my colleagues in the London office.  We are always looking for opportunities to cross-sell our global expertise.

“The firm looks to champion excellence in all that we do.  That leads into professional ethics, which we are all bound by, no matter where you are. It would be difficult for us to espouse our firm's values unless we are committed to acting with integrity. Sure, our clients come first, we wouldn’t exist without them but our service turns on trust. When people trust that you know what you are doing, you can work efficiently and turn matters around quickly.  But trust is never a default position, once you have someone's trust, be it a client or a colleague, you have to care for it and constantly demonstrate that you are trustworthy.”