Africa Legal joined the chorus of voices paying tribute to Cape Town-based Labour Court judge Anton Steenkamp, 57, who died after being bitten by a black mamba while on holiday in Zambia on Monday. Tania Broughton reports. 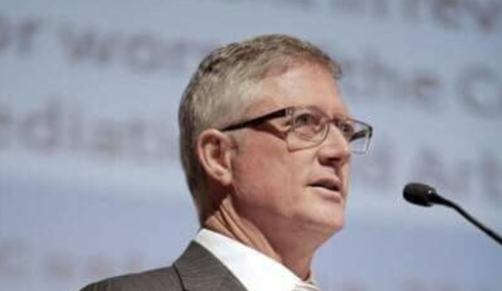 Judge Steenkamp was on long leave and was reportedly on a “dream holiday” with his wife, Catherine.

At this time, no other information about the incident has been made available.

Members of the legal fraternity, journalists, and academics in South Africa have paid tribute to a “real gentleman” and a great legal mind.

In a statement to TimesLive, the SA Society for Labour Law said he would be fondly remembered as an excellent judge and labour lawyer who contributed significantly to the development of labour law jurisprudence.

On Facebook, journalist Eddie Botha said he had met Anton at Stellenbosch in the early 80s.

“He was one of a group of young student leaders, who an irate PW Botha threatened to have their passports confiscated should they travel to a neighbouring state to meet with the banned ANC.”

Editor Max du Preez, in a tweet, said: "I mourn the death of a very special friend, Anton Steenkamp. After his LLB he came to work for Vrye Weekblad because of his commitment to justice and democracy. He went on to become one of SA's youngest judges. Clever, kind, progressive man of great integrity."

A relative, Ruby Steenkamp, told News24: "We are devastated. No words. What an incredible man. They were touring Africa. We as a family were very, very proud of him.”

Also speaking to News24, journalist and author Anneliese Burgess described him as a brilliant man, and such a mensch,".

"'Stenie' as he was known to all of us old Stellenbosch lefties was simply one of the best people I knew, and I am completely devastated at the news of his passing," she said.