Access to energy is the primary obstacle to social and economic development in Africa as a whole. The World Bank has found that poor power supply causes economic disruption in the form of a reliance on diesel generators which presents increased costs for businesses in all sectors. If generators are not used, this results in low levels of productivity during the hours of load-shedding.

The agricultural sector also suffers from power shortages, at all stages of the food value chain: production, processing, storage and transport. Although agricultural processes in Africa traditionally require less energy (one argument is that this is symptomatic of the lack of accessibility of energy in the first place), low energy consumption means that this sector has reduced resilience to weather stress. This causes major economic and humanitarian issues during droughts or floods. Increased use of energy in agriculture could increase productivity and storage capabilities, thus increasing its resilience. Socially, the running of schools, community activities, hospitals and other assets that are typical of a thriving society, are also hampered by poor energy access.

These issues are exacerbated by rapidly increasing populations. According to the UN, by 2100 Africa’s population could reach 4.7 billion, making up 40% of the forecast global population. In comparison, populations across the continent grow faster than infrastructure development, leading to issues such as overcrowding, pollution and resource depletion in urban areas. These growing populations will require more power in order to increase productivity, reduce poverty and improve the infrastructure challenges that urban areas face.

The situation in Sierra Leone

Sierra Leone is currently faced with a challenging energy backdrop. There is a low access rate to energy nationwide, with only 26% of the total population of 7.5 million people having access to electricity – approximately 5% access in rural areas and 70% access in urban centres, including Freetown, the capital and largest city in the country. Only seven out of the 15 major towns are electrified.

The energy mix is unbalanced and unsustainable, with its continuing dependency on thermal generation. There is an existing hydropower facility at Bumbuna, in northern Sierra Leone, which generates 50MW of hydropower and supplies electricity primarily to Freetown and two other large towns: Makeni and Magburaka. However, the Bumbuna hydropower is seasonal, with a peak production of 50MW for about three months during the wet season from July to September, and a drastic reduction to 8MW by February/March each year. The dry season is marked by severe power cuts and extensive load-shedding.

In addition to inadequate and unbalanced generation capacity, commercial and technical losses in the transmission and distribution network contribute to an inefficient sector. Total line losses are estimated at approximately 40%.

With abundant sources of renewable energy, including biomass from agricultural waste, hydropower from several sources and solar power, Sierra Leone has tremendous, but underutilised renewable energy potential. The Rural Renewable Energy Project (RREP) funded by the UK is testament to the impact of renewables on access to energy in Sierra Leone. Ninety-five solar mini-grids provide access to some 30 000 households. This is the largest deployment of mini-grids in the West Africa region. However, additional investment is needed to continue the momentum in the deployment of renewables and growth in power generation and access. Renewable technologies could, in the short term, become the primary source of energy in Sierra Leone, as the requisite raw materials and resources are abundant.

A government-issued presentation, outlining the opportunities for diversifying the energy mix and its affordability, suggested that the starting point to increasing power generation in Sierra Leone would be the use of thermal power, which would be used in the short term due to the cost of supply. Thermal generation would then be supplemented and substituted by the development of large scale solar PV generation assets and imported energy. Longer term opportunities include the development of large scale hydropower generation capacity. The eventual energy mix of imported energy, large solar- and hydropower capabilities with a reduced reliance on thermal power, will increase the sustainability of Sierra Leone's power sector.

Why are renewable technologies not being exploited further in Sierra Leone?

Several independent power projects have been in the pipeline in Sierra Leone for years, but a number of factors have contributed to a lack of progress past the initial development stages.

The World Bank created a tool called RISE (Regulatory Indicators for Sustainable Energy) which was developed to monitor the status of the policy framework needed to advance renewable energies. There are three RISE country scores (0-33, 34-66 and 67-100) and seven categories of a policy framework being:

In December 2017, the RISE chart demonstrated that Sierra Leone lagged behind almost all other countries in Sub-Saharan Africa, with a score of 0-33 in all of the above-mentioned categories. Only Somalia and Niger were equal to Sierra Leone, scoring at the lowest indicators in all categories. This means that Sierra Leone lacks the most basic requirements such as an enabling legal framework for renewable technologies, the availability of natural resource assessments and feasibility studies and clear policy direction that not only supports but also sets clear plans and targets linked to acceleration of the use of renewable energies.

However, since then there has been a significant shift in relation to the following indicators: (1) a legal framework for renewal technologies, (2) planning for an expansion into the renewable sector, (3) incentives and regulatory support for renewable energies and (6) counterparty risk mitigation.

The country has made some progress, including creating an enabling legal framework for renewable technologies.

More recently, the government, working with the World Bank, started developing the National Electrification Strategy and Plan (NEP) which includes the  National Online Digital Electrification Platform (NODE) to aid in this process. NODE has identified over 20 000 settlements with varying access to electricity. The NEP will determine the availability of natural resources and facilitate feasibility studies, clear policy direction and targets for the use of renewable energies.

The project aims to:

There are significant costs associated with carrying out technical studies and developing these technologies, so the use of private partnerships with investment and competence will be crucial to Sierra Leone's transformation.

As is common in West Africa, private investors, infrastructure lenders and development banks will need to be convinced that doing business in Sierra Leone, especially business that requires large investment up-front, is cost-reflective and sustainable. Sierra Leone will need to continue to develop policy and financial de-risking measures that inspire the confidence of investors. Only once it does so will Sierra Leone experience the transformative potential of the adoption of renewable technologies. 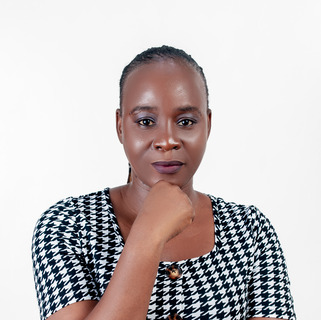 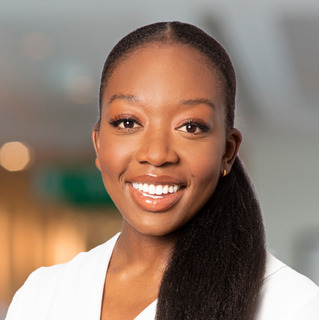