Time to Put Terrorism Sponsors in the Spotlight

The Nigerian government has announced that some members of the Boko Haram sect, one of the world’s deadliest terrorist organisations operating in Nigeria, will soon be standing trial. Alfred Olufemi investigates if this alone helps the dispensation of justice. 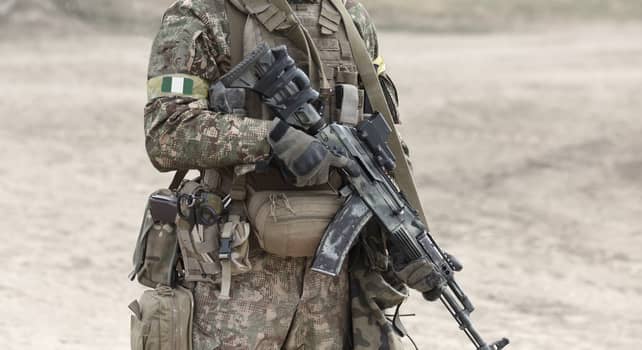 Nigeria’s Attorney-General of the Federation and Justice Minister, Abubakar Malami, has assured the public that the trial of those suspected of perpetrating terrorist activities and being members of the Boko Haram sect, will soon commence.

In May 2021 officials declared that the federal government was preparing 800 suspects linked to the terrorist group for prosecution, but Malami gave the fresh assurance in late January while receiving the Nigerian Ambassador to the Netherlands.

“Machineries are in motion to ensure the continuation of courts sitting in Kainji, New Bussa for prosecution of Boko Haram cases,” Malami’s publicist, Umar Gwandu, said in a statement.

Founded in 2002 by some religious extremists, Boko Haram, a terrorist organisation based in north-eastern Nigeria, started perpetrating terror attacks in 2009 and has carried out many such attacks against the military, police and civilians in Nigeria. The group is also active in Chad, Niger and northern Cameroon.

A 2021 report estimated that 35 000 people have been killed since 2009 when the group launched its insurgency across northern Nigeria and neighbouring countries. According to the United Nations, 11 years of Boko Haram violence has displaced more than 2.7 million people, including some 210 000 Nigerians into neighbouring countries.

But Femi Falana, a human rights lawyer and a senior advocate of Nigeria, said the trial of the suspected members is not enough to ensure the administration of justice.

“It is not sufficient to put the suspects to trial without the sponsor. Four hundred sponsors of Boko Haram have been mentioned since then, and the government has gone quiet. The regime has to explain,” he told Africa Legal. “If you want to deal with the terrorism, you must take the trial of sponsors seriously.”

Another human rights lawyer, Inibehe Effiong, concurred. “Without tackling the sources of their funding and those giving them ideological support, the war against terrorism is not won,” he said.

Effiong highlighted that in the past the country has failed to deliberately prosecute Boko Haram terrorists, adding that the deradicalization programme put in place as a soft-landing for the terrorists has been bedevilled by corruption and a lack of transparency.

“It is a positive development as a country. I welcome the announcement and I hope it is not one of those fake promises,” the lawyer concluded.

According to the country’s Terrorism Prevention Act 2011 as amended in 2013, anyone who “assists” or “facilitates” activities of a terrorist organisation is liable to not less than 20 years imprisonment.

Malami’s spokesperson did not respond to Africa Legal’s enquiries on what the office is doing to bring terrorism sponsors to book and to secure justice for the millions of Africans who have been victims of the Boko Haram insurgency.