Time for Impunity is Gone

An intimidatory SLAPP (Strategic Lawsuit Against Public Participation) application against a 72-year-old preschool principal in South Africa over a tweet she shared and commented on, has come to nought. Tania Broughton reports. 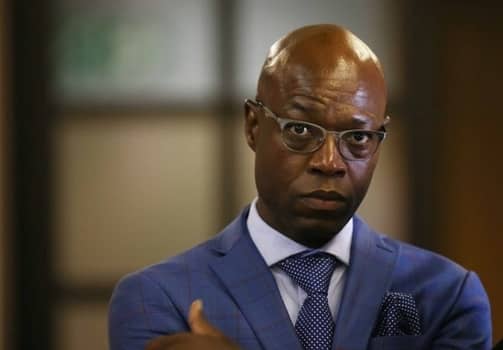 Instead the man who launched the court proceedings against Barbara Tanton, former Chief Executive Officer of Eskom, Matshela Moses Koko, has been “slapped” with a court order to pay her costs.

This after a Johannesburg High Court found that he had not launched proceedings to get justice and restore his reputation but rather to punish her and prevent public comment on his conduct.

Koko was suspended as the head of the country’s power generation utility in 2017, facing charges of misleading parliament, leaking confidential information and accepting flights from the Gupta family, accused of state capture.

He resigned in 2018. He has subsequently been subpoenaed to appear before the Zondo Commission of Inquiry into allegations of state capture and corruption.

In October last year a local newspaper claimed on Twitter that Koko had refused to sign off on 27 contracts with independent power providers that had already been negotiated with the government.

Koko responded to the tweet. And Tanton commented: “you stole so much I am sick of your innocent ramblings”.

Aggrieved, Koko sent her a letter of demand. He wanted her to unconditionally retract the tweet and apologise for it.

He also wanted her to agree that she would not make any further “defamatory” remarks about him.

Koko then launched high court proceedings against her - asking for an order on the same terms of his letter of demand.

In an attempt to settle the matter, Tanton’s attorney proposed a settlement that she would reopen her Twitter account and publish a retraction and an apology.

But Koko refused to accept it. In a radio interview soon after, he filed his high court case,  he said: “She (Tanton) needs a big klap (smack) so that others can learn that the time for impunity is gone.”

Tanton was forced to oppose the application, and incur heavy costs to file substantial court papers, in which she raised several defences, including the fact that it was settled law that damages claims could not be adjudicated by way of motion court proceedings.

Koko then stepped back. He did not file any more papers and Tanton’s lawyers eventually set the matter down for hearing.

Arguing before Acting Judge Adele de Wet, her advocate said Koko, having been the subject of numerous less than complimentary tweets over many years, had carefully selected his client as a strategic target for a SLAPP, knowing that she did not possess equal means to litigate.

He said the three-fold purpose of a SLAPP had been achieved, namely to silence her, punish her with exorbitant legal costs which she could ill afford and to deter other citizens.

In her ruling, the judge said it was inexplicable, after alleging that Tanton had vilified him and damaged his reputation, that Koko was now only seeking a cost order against her and had abandoned his demand that she publish a retraction and an apology.

The judge said Koko’s behaviour suggested that he was not looking to restore his reputation but he wished to punish Tanton, and in doing so prevent public comment on his conduct.