Qualifying to practise in multiple jurisdictions will enable a lawyer in Africa to take advantage of their country’s expanding economy and the shrinking globe. Carol Campbell reports.

As African lawyers look to take their skills to the international market so too is this market looking to Africa for human resources.

Key to making this a fluid exchange is for lawyers to ensure they have the qualifications that enable them to work outside their jurisdiction.

BARBRI International’s Rob Dudley, the director for Europe, the Middle East and Africa, says a shrinking global market was making it imperative for lawyers to have jurisdictional flexibility.

“BARBRI recognised this more than 50 years ago in the United States when it was founded to prepare law graduates in the skills and techniques needed for the 50 U.S. state bar exams.”

BARBRI International now specialises in preparing non-U.S. law graduates and lawyers for these exams and has expanded to incorporate the Qualified Lawyers Transfer Scheme (QLTS) assessment in England and Wales.

“The majority of people coming through us now are lawyers from common-law countries working with or for international law firms and who need to operate beyond their home jurisdiction.”

Increasingly this meant African lawyers were looking to take the New York or California state Bar exams or to be qualified as a solicitor in England or Wales.

While BARBRI had not focused on Africa in a significant way before, Dudley said international law firms were opening or partnering with firms in countries like Nigeria,  Ghana, Kenya, and Egypt and South Africa (which has a Roman Dutch system) to represent client interests. These interests were mostly in commercial law but civil actions were increasing too.

This meant there was growing need for African lawyers to take the U.S. Bar exam or be registered to practise in England and Wales.

Likewise African lawyers were finding that as the economies of their countries expanded, they needed to operate across legal systems or risk losing business to those who could.

“Being able to do this enables a lawyer to stand out from their peers. Most major law firms operating in Africa have offices in London or New York as well as cities like Johannesburg, Nairobi, Accra, Cairo or Lagos.

What set African lawyers apart, he said, was local knowledge and qualifications.

“As global business interests reach into Africa, local understanding and good connections become very important. For a lawyer to stand out they should be able to straddle both systems.”

For Lagos-born, London-based lawyer Olu Ogunnowo being registered in multiple jurisdictions has shaped his career.

As a UK-trained solicitor he decided, in 1996, to qualify to practise in the U.S.

“I was looking to gain more international experience and also be nearer family who were living in the U.S.,” he said.

BARBRI prepared him for the exam which, he said, was tough, but he passed without a problem and was able to move from London to New York where he practiced with an international law firm for two years before returning to London to go into private practice.

In the years after he took the Bar exams, Ogunnowo has been back and forth to the U.S.– also working for a Texas-based client.

“Law is a conservative profession that is very slow to change. Lawyers need to understand this and keep ahead by being aware of what is happening in society.”

Ogunnowo, who sometimes lecturers at Lagos State University, said the training of lawyers needed to be updated to reflect the changing world.

“The content of what is being taught must enable graduates to make choices. It is just the beginning. Law graduates must be forward looking and reflect on how society is likely to change.”

The advice Ogunnowo has given his son, a third year law student in London, is to work towards qualifying in at least six jurisdictions.

“And I am not joking either!” 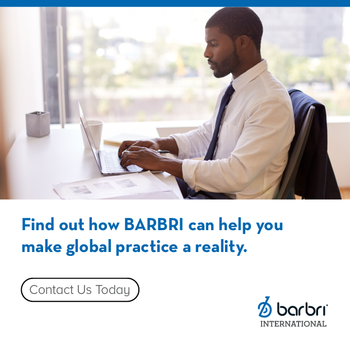 To read more from the Barbri series click here 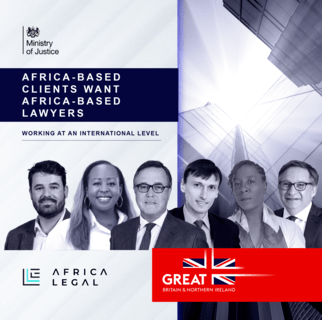