In this article, Singapore-based Wole Olufunwa, Director (Partner) and Head of Africa Practice at Incisive Law LLC (A member of Ince) looks at the developing relationship and similarities between Singapore and Rwanda as finance and development leaders. 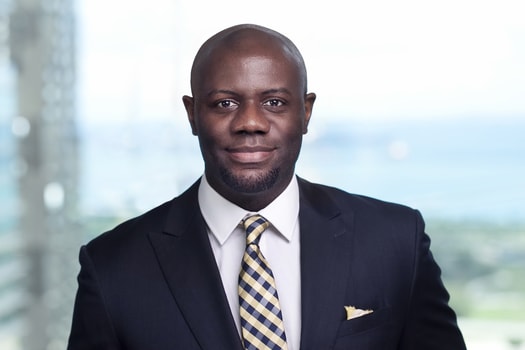 Rwanda is often nicknamed the “Singapore of Africa” for its political stability, intolerance towards corruption, ambitious economic reforms, aggressive education sector reforms and clean streets. The similarities between Rwanda and Singapore are becoming increasingly defined, especially with the establishment of the Kigali International Financial Centre (KIFC).

According to the World Bank Doing Business index 2020[1], Rwanda was ranked the 38th easiest place to do business in the world – 3 places behind Israel, but ahead of countries such as the Netherlands, Portugal and many other developed states. Singapore ranks 2nd currently – but it’s clear that Rwanda is well on its way towards the top of that list.

In alignment with Singapore’s trajectory, Rwanda continues to create a business-friendly environment as well as driving itself to a more diversified economy, developing its services, manufacturing and tech sectors in addition to a pre-existing strong agricultural base.

Beyond stable governments and strong leadership, the two states share several commonalities – including relatively small populations and being efficient and forward looking. Rwanda and Singapore established diplomatic ties relatively recently in 2005. The Rwandan High Commission opened in Singapore in 2008 and the relationship between the two states continues to flourish. The relationship between the two states goes much further back where the late Lee Kwan-Yew was one of the President of Rwanda’s early key mentors and influencers[2].

Singapore is Rwanda’s largest trading partner. Singaporean companies have contributed hundreds of millions by way of foreign direct investment into Rwanda in recent years and Rwanda’s exports to Singapore have increased more than 300% since 2016. Rwandan coffee will shortly be sold by Singapore’s largest supermarket chain with over 100 supermarket stores across Singapore.

Rwanda and Singapore have also just executed an agreement that will see both states work closely to strengthen financial inclusion through digital innovation, a sure boost to Rwanda’s burgeoning fintech industry. A number of bilateral Trade Agreements have been entered into building on the 2014 double taxation agreement purposed to facilitate bilateral trade between the two states.

Business communication and travel linkages have been enhanced with relaxed visa restrictions for nationals of both states. The Singapore/Rwanda Air Services Agreement (“ASA”) was signed on Rwanda’s behalf by H.E Jean de Dieu Uwihanganye, Rwanda’s High Commissioner to Singapore.  Uwihanganye stressed that it was important that enhanced connectivity between Rwanda and South East Asia was paramount to improve business opportunities and this “could potentially pave the way for a joint venture type agreement between RwandAir and Singapore Airlines or potentially other Asian airlines for direct flights,” as there are currently no direct flights between Singapore and Rwanda or any central African state.

Various capacity-building projects in Rwanda have been spearheaded by the Singapore Cooperation Enterprise (SCE) in partnership with the Rwandan Government. Of notable mention is Singapore’s contribution of advisory services in the design and implementation of the Kigali City Master Plan, which is aimed at improving Kigali’s infrastructure and developing the city economically. Singapore has provided valuable guidance in the development of Rwanda’s aviation and technological industries as well as assisting the Rwandan government in reforming the Rwandan Social Security Board (RSSB) (source[3]).

Perhaps the most exciting development is Rwanda and Singapore’s agreement to enter into a Bilateral Investment Treaty (BIT) in June 2018. The BIT serves to give substantive protections to investors against discrimination, unfair treatment, asset expropriation and more by the host state. In particular, it provides investors with a neutral forum for determining disputes against the host state itself, through the use of independent arbitrators thereby avoiding inefficient local court systems of the host state. Moreover, the New York Convention and ICSID Convention permit any awards issued in arbitration in favour of investors to be directly enforceable against host states.

Uwihanganye noted the BITs and other bilateral treaties need to serve as a foundation for educating investors as to the prime opportunities in Africa generally and particularly in Rwanda. He says, “We find some of the biggest Asian investors often just visit first as tourists, see the development and understand what they thought they knew about Africa to be myth and come back to invest where returns can be seriously rewarding”.

Africa Legal have recently been working with Rwanda Finance Limited to inform and promote the launch of the Kigali International Financial Centre. Read more here