The Only Remaining Good God – Hope! 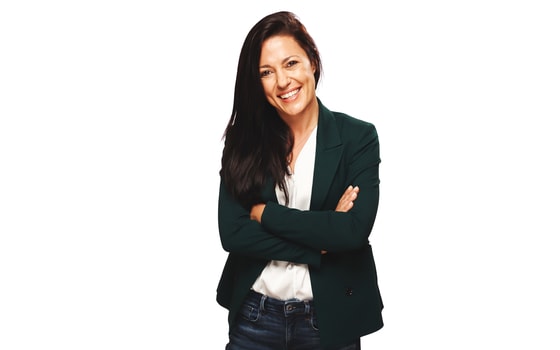 August is Women’s Month in South Africa and, on August 9, the country commemorates the more than 20 000 women who marched to the Union Buildings in 1956 to protest the extension of the apartheid-era pass laws to women. This year, a quarter of a century into South Africa’s democracy, the theme for Women’s Month is, “25 Years of Democracy: Growing South Africa Together for Women’s Emancipation”.

For South African advocate Jackie Nagtegaal, managing director of one of South Africa’s top legal services providers, Law For All, inspiring other women is her greatest passion.

Nagtegaal hails from a family of lawyers. Her mother dedicated her life to a more accessible justice system and her childhood home was “a train station for women suffering from domestic violence, needing divorces or setting up wills”.

Nagtegaal joined Law For All fresh out of university and says the company’s values mirror her own personal ethos.

“I work in a company that champions equality, where we try our best to ensure a fair and equal environment. It’s a company that is made up of 70% women,” she says, “But we still have such a way to go. Some of our female lawyers still have their husbands phone in to discuss their work issues and some of our top executives have to put their careers aside when they have a family, even when they out-earn their husbands. Then there is the torrent of maintenance matters, domestic abuse cases, unequal divorces and labour discrimination matters that we get on a daily basis”.

The rule in Nagtegaal’s home was that you could be anything you wanted - after you got your LLB degree.

She has a second degree in Futures Studies and founded the Futures Law Faculty, which focuses on teaching lawyers how to “surf the flux”.

In her role as a futurist, Nagtegaal looks into future scenarios and see which ones are more preferable and then designs a map to reach them.

“As we stand in the legal system, most are wrapping themselves in their togas of denial but the industry is changing. And it has to. The system is unsustainable and only caters for half the world’s population. There is a dire need for legal access and the need is growing, as our populations expand further. We need therefore to look at the justice system as a whole and find new ways to provide law to people. And we need to use all the tools we have at our disposal,” she says.

“People are underestimating the velocity of technology. Many lawyers I talk to still believe it is so distant they don’t need a plan for it. The world is moving fast, and if you educate yourself about the possible tools out there you can imagine new ways of doing law, incorporating magical things into your practice, staying ahead while improving your game”.

Another of Nagtegaal’s passions is travelling,

“When I look through the world and see people individually, I am always left with hope. Saying that makes me think of the story of Pandora’s jar. After all the terror had escaped, the last thing to leave her jar was ‘hope’. I have bags of that, for the future of law and for the world.”