Zimbabwean-born lawyer and space law fundi Ruvimbo Samanga says curiosity and a restless desire to discover the “next best thing”, is the driving force behind her achievements. And, aged 26, she already has many, writes Tania Broughton. 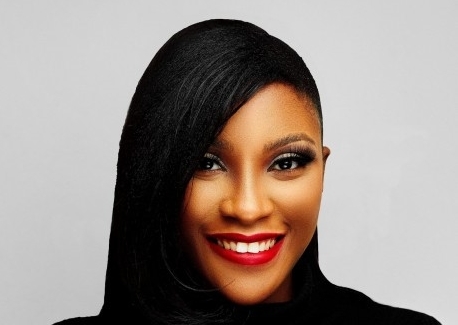 After completing her schooling in Bulawayo, Samanga headed to South Africa to study law at the University of Pretoria. “Interestingly enough, law was not my first choice. I had so many creative interests and I found it difficult to settle on one career. In the end I studied law because I wanted a career that was dynamic, creative and impactful.”

Her first taste of space law came when she participated in the Manfred Lachs Space Law Moot Competition. After two attempts her team became the first team from Africa to win the international rounds. “I thoroughly enjoyed science and space growing up; the Moot felt natural, and I certainly benefited from a network that was both proud and supportive,” Samanga commented.

After graduating and working for a stint as a public prosecutor in Zimbabwe, she decided space was her thing. In the meantime she was selected to join the Space Generation Advisory Council, becoming Zimbabwe’s “point of contact” on the NGO which supports the United Nations Programme on Space Applications, aiming to bring the views of students and young space professionals to the United Nations and the space industry.

She served two “eye opening terms” there, she said. “Most often in the African space industry we are confronted with questions about how space can be a priority in the face of the developmental challenges that the continent experiences. Serving on the council taught me the value of information-sharing, to sensitise the community that space is very much a new, yet unique, effective and sustainable way to monitor and evaluate Sustainable Development Goals (SDGs) and build capacity.”

Samanga has worked as a research fellow at the United Nations Economic Commission for Africa, the Open Lunar Foundation and as a writer and policy analyst with Space in Africa. She also piloted a study – Astro Zimba – aimed at incorporating space education into Zimbabwe’s school curricula.

Samanga says the project stalled because of Covid-19, but “ it remains my ongoing ambition to reach out to schools to develop a case for the introduction of space sciences”.

Presently, she is the founder and CEO of a pre-seed precision-farming venture AgriSpace – representative of her passion to provide sustainable development through spacetech. Its core function is to help farmers optimise crop yields through satellite data analytics.

Samanga’s next goal is to support legal capacity-building in the African space industry and to become a “fully-fledged” space lawyer, working on cutting edge spacetech initiatives. One day she would like to become a citizen astronaut.

“I believe the youth and women in general have a substantive role to play in socio-economic development. An initiative cannot prove itself to be successful if at least 50% and 70% (women and youth respectively) of the population are not actively participating.”