The Measure of a Woman

The Cape Town legal community has the opportunity to take part in a world-wide photo shoot this week celebrating the contribution women will make to the law for the next 100 years. 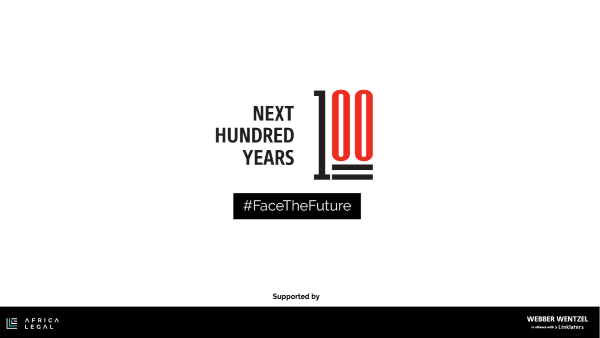 To mark International Women’s Day this month Africa Legal with Webber Wentzel will be hosting this unique opportunity for the legal profession to show their support for gender equality.

#FaceTheFuture |The Next 100 Years is a photographic shoot that is part of a global multimedia project celebrating the next century of women in law.

The initiative is being run by Next 100 Years, a campaign based in the UK which aims to share the achievements of women in law and shape a more equal and diverse future for the profession.

The Africa photography day, the first on the continent, will be held from 11am to 1pm on March 5 (Thursday) at Webber Wentzel’s Cape Town Office on the 15th Floor of Convention Tower, Heerengracht on the Foreshore.

Africa Legal co-founder, Wendy Bampton, said the shoot acknowledged the ongoing contribution women were making to the legal profession and was part of a drive to promote equality and diversity. She explained that the “Next 100 Years” initiative was a follow-on to “The First 100 Years” project, a campaign that celebrated a centenary of women in law in 2019. Both initiatives were set up by Spark21, a charity founded to celebrate, inform and inspire future generations of women in the profession.

“This is an opportunity for women and their male supporters to be part of a comprehensive global library reflecting the face of law in 2020,” Bampton said.

Webber Wentzel’s Paula Youens said it was a privilege for the firm to participate in an event that recognised the determination, effort and courage of women in law.

“Across Africa women have fought alongside men for equality for all. Participating in the #FaceTheFuture project is a small gesture to mark this magnificent contribution – specifically women working in the legal profession – be they court clerks, legal secretaries, lawyers, prosecutors, magistrates or judges.”

On Thursday a photographer will be on hand to capture the portraits of women and male champions of gender equality. Each participant should only require five minutes and can drop in at any time during the two hours.

The photos will be used as part of the #FaceTheFuture campaign, displayed virtually on a website and in a physical exhibition.

You can find out more about the campaign and its background here https://first100years.org.uk