The Judiciary - A Nation’s Conscience

Jonathan Gunu Taidi is the General Secretary of the Nigerian Bar Association (NBA) and a Council Member of the International Bar Association. He spoke to Africa Legal about his determination to uphold international best practice in Nigeria’s legal sector. 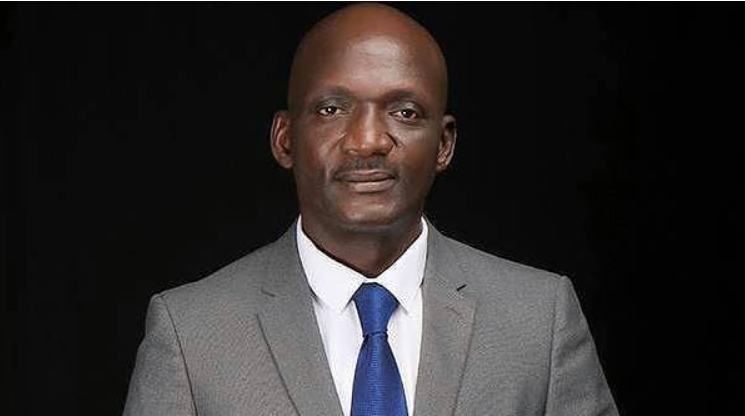 Did something happen in your life as a lawyer to make you feel so strongly about upholding the “Best Practice” principle?

I come from a rural setting and belong to the Kintako community under the Agaie Local Government of Niger State. The local government’s headquarters are in Baro, a railway settlement and a colonial sea port linking northern Nigeria to the rest of Nigeria through the River Niger.

These communities are largely agrarian, so, land is the main resource of the people. There was an Area Court Judgment, delivered sometime in 1998, which was years before I was called to the Bar. I was privileged to have argued the appeal some twelve years after the judgment was delivered.

The Niger State High Court of Justice (Appellate Division) set aside the judgment of the trial Area Court and restored vast lands to the Loguma community.

For me, the legal profession must uphold the rule of law otherwise the very fabric of our communities will crumble and anarchy will reign.

In upholding best practice, confidence ought to be reposed in the legal profession and, by extension, the justice sector which is vital for us to have a society rooted on fairness and justice.

What are your feelings on the role of the judiciary in a country?

The judiciary plays a vital role in conflict resolution and the adjudication of disputes, all part of the human existence. It is like the chief adjudicator of this Earth and must do justice to parties irrespective of status. It is only when you have an incorruptible judiciary that individuals will, with confidence, submit their disputes for resolution. The judiciary is the most important part of government as, within it, lays the conscience of the country.

You are also a prosecutor of the Legal Practitioners’ Disciplinary Committee (LPDC) in Nigeria. Could you elaborate on your function?

I was initially the Secretary of the North Central Disciplinary Panel of the NBA where the various petitions against legal practitioners are considered. This is to ascertain whether or not a prima facie case exists against the accused person. Where a prima facie case is ascertained, the petition is referred to the Legal Practitioners Disciplinary Committee (LPDC) for hearing.

On my appointment as prosecutor I joined 41 others, led by a Chief Prosecutor, to handle the prosecution of the petitions before the Legal Practitioners Disciplinary Committee (LPDC) constituted by the Body of Benchers.

As General Secretary of the NBA I have assumed a higher role of processing petitions against Legal Practitioners - from belonging to the trial and even appeals to the Supreme Court of Nigeria.

What are some of the infractions you see and what measures are in place to contain indiscipline?

The bulk of petitions received against colleagues arise from cases decided one way or another by the courts and the party who lost, rather than appeal the decision, picks on the opposing Counsel by way of petition for professional misconduct. There are other forms of complaints of course, and many genuine cases deserving of hearing, even from a cursory look, but as noted earlier, there is a large volume of petitions meant to intimidate colleagues who had judgments go in their favour.

Having seen the rampant nature of these petitions, I have set an agenda for continuing legal education as an avenue to refresh and refocus the mindset of our colleagues and, hopefully, the programme will have an impact.

How did you become a lawyer?

While at the Government College Bida, I was a science student and had much interest in the environment which prompted me to read widely on aspects of geography with keen interest in geomorphology. Immediately after I left school other factors intervened and I enrolled for secretarial studies where I attained a high speed in shorthand. After graduation I took up employment with the Federal University of Technology Minna where I wrote O Level examinations in the Arts with a view to realizing my dream of becoming a lawyer. I was greatly inspired by my mother whose sense of community service was outstanding. I owe her a great debt of gratitude for the support in my endeavour.

I believe strongly that we can bequeath a highly disciplined legal profession truly promoting the rule of law.