Tech Shakes up Investment in Africa 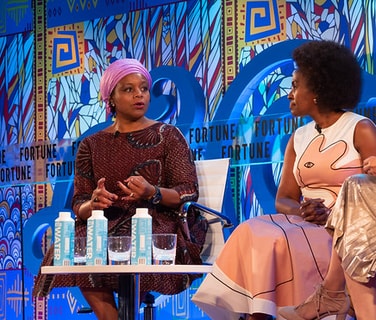 Where the detail of African life is considered – geography, ethnicity, language, religion, tribe, even marital status – business success will follow as all this provides the data that exposes untapped opportunity.

This is the view of Viola Llewellyn, co-founder of Ovamba Solutions, a FinTech company that uses culturally attuned technologies to link African SMEs with foreign investment. Llewellyn is also a member of the Africa Professional Services Group advisory board, which includes Africa Legal.

She was a speaker at the Fortune Most Powerful Women Summit in London earlier this month (June) where she shared the stage with Nunu Ntshingila, head of Facebook Africa.

Llewellyn’s Ovamba Solutions is an award-winning concept that uses the nuances of diversity to establish investment risk in SMEs. By using Artificial Intelligence, data is analysed to establish a business’s growth potential enabling foreign investment to be routed in.

“Not only do nuances present opportunity but, by finding truth and deepening understanding, we, as Africans, can develop the tools to harness our own potential. If we do this, as Africans, we will finally be true global citizens,” she said.

Llewellyn said by building culture and history into a financial profile, Ovamba was seeing remarkable results enabling some small businesses to double and even quadruple turnover.

A detail like polygamy, for instance, written off with disdain by the West, could be an insurance policy for the business owner and their family.  This is a positive feature in investor portfolios. “It reflects a settled person rooted in a community with a level of wealth and diversified assets.”

For too long African SME owners had been hobbled. “Even filling in a bank form is impossible because people don’t have the jargon to answer questions. And, because of this, they are turned away and cannot access the resources to grow.”

Ovamba has developed a chatbot to interview business owners in their own dialect using terms they understand. Details like their position in an ethnic group, relationship to a traditional leader, religion, language are all considered as part of their risk profile.

Llewellyn said she remained surprised at how little some markets knew about Africa.

“Nevertheless I am encouraged by the renewed focus on African markets and how technology is being used to expand the reach of the banking and insurance sectors.”

In her presentation, Facebook’s Ntshingila reminded the audience that Africa was made up of 54 countries with some 2000 languages, “the problems and the opportunities are equally diverse”.

Ntshingila said Facebook had 145 million users on the continent mostly accessing the social media site through their mobile phones.

“Fundamentally, we still have a region that is under-connected,” she said, adding that part of Africa’s potential is its young population and highly dense cities.

Bampton said attending the Rising Stars lunch had been an opportunity to engage with women already making a powerful impact on global business.

“Most attendees were entrepreneurs who are embracing risk and, in so doing, changing the playing field. By using new tech and a woman’s natural EQ they are finding solutions to old problems and opening up enormous opportunity.” 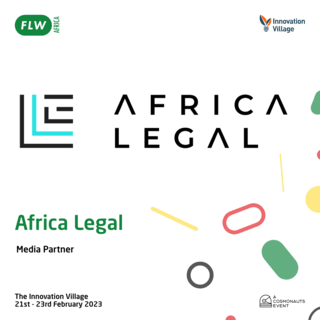