The lockdown is clearly getting on people’s nerves in South Africa - including the Chief Justice. Tania Broughton reports on a terse correspondence between the nation’s legal big shots on how courts should function during the pandemic. 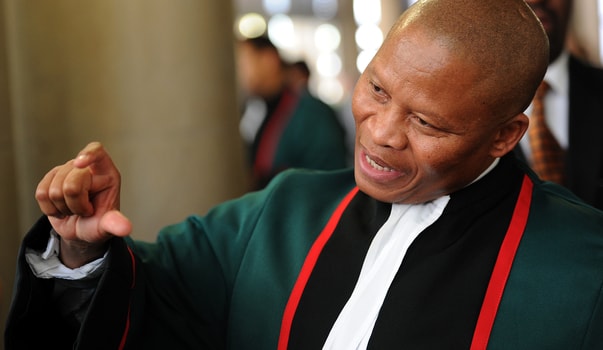 On the face of it, the letter written to the Chief Justice Mogoeng Mogoeng and heads of court by the General Council of the Bar (GCB) was carefully worded.

But it clearly raised the ire of the country’s top jurist.

Access to justice was being hampered at a most important time, he said, because some judges were refusing to participate in “virtual hearings”.

“Many judges complain that they do not have government-issue laptops with webcams. Some are prepared to use their private computer hardware to facilitate hearings, whilst others refuse to do so.

“Some are prepared to accept assistance from the attorneys for the parties acting jointly (for example in the form of a loan laptop for the duration of the virtual hearing) whilst others are not,” he said in his letter.

Watt-Pringle said the courts which were functioning relatively well were using a combination of electronic filing and issuing of documents, virtual hearings via video link, and written argument, instead of live hearings.

“Other courts complain of a lack of necessary computer and information technology and refuse, on this basis, to facilitate any hearings.”

Watt-Pringle said while some courts’ directives “give the appearance of facilitating access” in practice this did not happen.

“Some divisions leave matters to the discretion of individual judges which makes it impossible to advise clients whether their matters qualify to be dealt with under the current circumstances and if so, when and how.”

He asked for a meeting with all heads of court,  because the GCB wanted to be part of a solution.

But this suggestion was shot down by the Chief Justice in his response in which he took umbrage with the tone of the GCB’s complaints.

After thanking the advocates profession “for bringing its legitimate concerns” to his attention, he said: “That still doesn’t remove the need to be measured in expressing your concerns”.

“My colleagues deserve better than to have it said of them that they have ‘adopted what can best be described, with respect, as supine’,” he said.

“Similarly it offends one's sense of courtesy to read that what the Judges President have done to have courts function under unprecedentedly challenged circumstances, is now being characterised as ‘less thought through’.

“That you disagree with their approach very strongly, gives you no licence to project them and their approach as negatively as you have chosen to do.”

The Chief Justice said Provincial Efficiency Enhancement Committees were set up in 2012  to help resolve, with deliberate speed, access to justice “and nothing in your letter suggests the Judges President were ever asked by the GCB to formulate practice directives (during the lockdown), and that they refused to do so.

These committees “stand ready to be used”, he said, thus there was reason for the proposed meeting.