“Take out the white” backfires

Removing white applicants for a position as magistrate might have taken South Africa’s constitutional requirement for racial balance in the workplace too far. Tania Broughton reports. 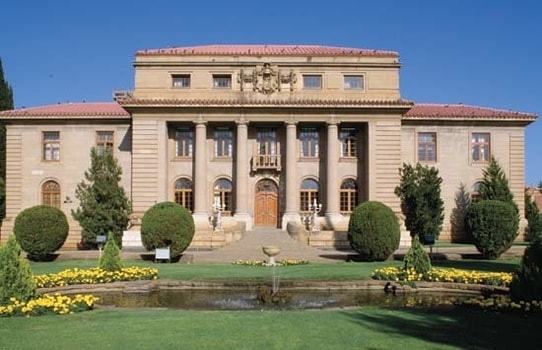 By all accounts acting magistrate Richard Lawrence was doing a fine job at the Petrusburg Magistrates’ Court in the Free State province.

His contract had been extended several times and his bosses described him as an asset to the office, his judgments being “to the point, well-reasoned and supported by relevant authority”. Under his guidance, the court became the best performing court in the country.

But in 2018, when he applied for several permanent posts, he was not even shortlisted for an interview by the commission’s selection panel.

He is a white man and, according to the commission, this meant he did not “meet the requirements of the constitution which dictates that appointments must reflect broadly the racial and gender composition of South Africa”.

So, he turned to the Free State High Court for relief, arguing that the committee had selectively applied the constitution by treating race as an overarching and sole consideration and in so doing disregarding all white people.

Committee chair Zola Mbalo countered that there was no blanket ban imposed on individuals from specific race groups. And, in fact, in the entire appointment process, 65 white people were shortlisted of which 20 were male.

“The process was implemented in a nuanced and flexible manner….white magistrates already compromised 26.5% of the Free State cluster, making whites by far the most over-represented group,” Mbalo said in her affidavit.

But, in his ruling Acting Judge President Johannes Daffue said he did not agree that Mbalo’s averments under oath were a true reflection of the committee’s deliberations pertaining to the Free State A cluster.

“In order to establish exactly what occurred, one has to look at the transcripts,” he said.

“And these show that the committee had a total disregard for the legislation, regulations, its one shortlisting process and the rights of whites to at least be considered during the process,” he said.

When considering the Petrusburg appointment, it was repeatedly said (according to the transcript) “take away the white”. The chairperson also commented: “Anything you need, except for white”.

In respect of his applications for two other posts, Lawrence’s name was not even mentioned.

“The committee was prepared to shortlist people who had never acted before as magistrates on the basis that they could be trained by others. Magistrates are not appointed on probation as in the past. Once appointed the department might be stuck with a person incapable to perform as a judicial officer,” Judge Daffue said.

“In so far as the committee acted as a gatekeeper, preventing any whites from being interviewed, it lost the opportunity to duly consider whether the applicant was not an excellent candidate.”

And so, Judge Daffue declared the shortlisting proceedings to be “unlawful and unconstitutional” and set aside the appointments made and already confirmed by the Minister of Justice.

The commission will now consider this judgment, and how to proceed, at its first meeting of the year on January 31.