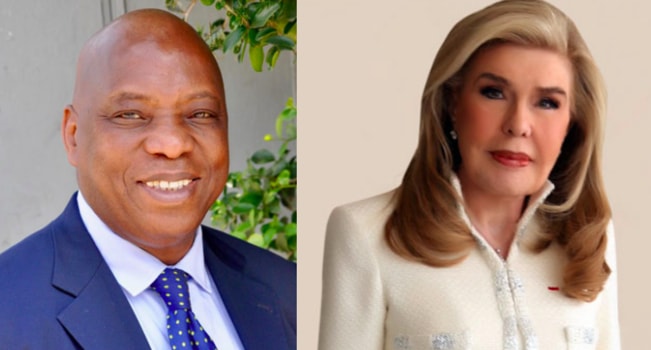 Mrs Marianna Vardinoyannis, of Greece and Dr Morissana Kouyaté, of Guinea, were the laureates of the United Nations 2020 Nelson Rolihlahla Mandela Prize.

Guterres said Madiba was “a moral giant of the 20th century, whose timeless legacy continues to guide us today”.

“It highlights the importance of working together, from governments to citizens, to build a peaceful, sustainable and equitable world,” Guterres said.

He added that Covid-19 was a reminder of human vulnerability and that world leaders needed to recognise the importance of unity and solidarity.

“Covid-19 is exposing deep inequalities. We need to fight this pandemic of inequality through a new social contract for a new era. Only together can we fend off the common threat of Covid and recover better.”

The United Nations was marking its 75th anniversary, he said, and, in this fragile time, it was opportune to reflect on the life and work of Madiba who “embodied the highest values of the United Nations and who took action and inspired change”.

Madiba retained his dignity and commitment to his ideals despite many years in prison at the hands of South Africa’s apartheid government.

“Let his example propel any governments that keep such prisoners to release them. There should be no prisoners of conscience in the 21st century.”

He quoted Madiba who said: “As long as poverty, injustice and gross inequality persist in our world, none of us can truly rest.”

On July 20, a virtual meeting of the UN General Assembly will recognise the 2020 Mandela Prize laureates.

Mr Tijjani Muhammad-Bande, President of the 74th Session of the General Assembly, announced on July 17 that Mrs Marianna Vardinoyannis, of Greece and Dr Morissana Kouyaté, of Guinea, were the laureates of the United Nations 2020 Nelson Rolihlahla Mandela Prize.

The prize recognizes the achievements of those who dedicate their lives to the service of humanity by promoting the purposes and principles of the United Nations while honouring and paying homage to Mandela’s extraordinary life and legacy.

Mrs Vardinoyannis is a Greek philanthropist and world advocate for human rights and the protection of children’s health and welfare.

Dr Morissanda Kouyaté is a leading advocate on ending violence against women and girls in Africa and Executive Director of the Inter-African Committee on Harmful Traditional Practices (IAC). He is also one of Africa’s strongest voices for the elimination of Female Genital Mutilation.

*In South Africa Mandela Day celebrations have been tinged with sadness following the death of Zindzi Mandela-Hlongwane, 59, Nelson and Winnie’s youngest daughter and South Africa’s ambassador to Denmark, on July 13. It was reported that Zindzi had tested positive for Covid but an autopsy  is still to confirm her cause of death.

President Cyril Ramaphosa spent time with the children of Ikageng Orphanage in Soweto in a virtual book reading session organized by the Nelson Mandela Foundation as part of his Mandela Day activities.