Struggles for Secession in Africa

One Nigerian clamouring for secession is being held in Benin Republic, while another Nigerian secessionist is facing trial for treason, terrorism and other criminal charges. Alfred Olufemi writes on the wave of separatists’ agitations in Africa. 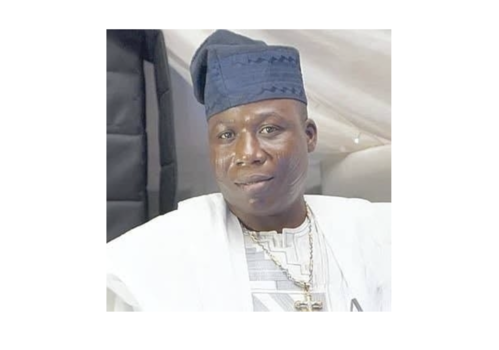 After being remanded in a prison facility in Benin Republic for months, Sunday Adeyemo, popularly known in Nigeria as Sunday Igboho, was recently granted bail as a result of ill health. According to his attorney, Adeyemo’s bail conditions state that he cannot not leave the country for any reason.

Adeyemo is famous for leading agitations for the independence of a Yoruba nation, a separatist group in the south west of Nigeria. The International Criminal Police Organisation arrested Adeyemo and his wife on 19 July 2021 at the Cadjèhoun Airport in Cotonou, Republic of Benin, as they were attempting to leave for Germany.

Adeyemo’s agitation for the formation of a Yoruba nation put him on the radar of the federal government that had repeatedly warned against separatist organisations.

In 2017 the Nigerian government labelled the Indigenous People of Biafra (IPOB) – another separatist movement in the south east of the country – a terrorist organisation. While the major aim of IPOB is to restore the separatist state of Biafra which once existed in Nigeria’s eastern region, the federal government says the group’s activities are illegal.

The arrow-head of IPOB, Nnamdi Kanu, has been held in the custody of the Department of State Security since June 2021. His trial began in October 2021 and he’s charged with terrorism and treason, among other charges. He pleaded not guilty.

Africa Legal has gathered that calls for secession – and the clampdown on separatists – is on the rise in Africa. In August 2021 George Nyakpo, the secretary of The Homeland Study Group Foundation (HSGF), was detained by Ghana’s National Security Forces without formal charge. Nyakpo was released in December, but the case against him is ongoing. HSGF is a movement seeking greater self-determination for the people of Western Togoland in Ghana.

Similarly, Article 1 of Chapter 1 of the UN Charter of 1945 expresses the position that peoples have the right to self-determination.  The purpose of United Nations, according to the charter, is to “develop friendly relations among nations based on respect for the principle of equal rights and self-determination of peoples, and to take other appropriate measures to strengthen universal peace”.

Femi Falana, a senior human rights lawyer in Nigeria, has called on the Nigerian government to respect the African Charter, and go easy on Adeyemo and Kanu and rather negotiate with their organisations.  “If a group of people decides to fight for the breakup of the country, the duty of the government is to try as much as possible to convince them to repose confidence in the corporate existence of Nigeria,” he commented.

Meanwhile Kayode Fayemi, a Nigerian governor, has appealed to separatist groups in the country to drop their agitations for secession and consider exploring the benefits of a united country.