Lagos-based lawyer Dare Asobele spoke to Africa Legal about turning his career in law into a vocation to help others. 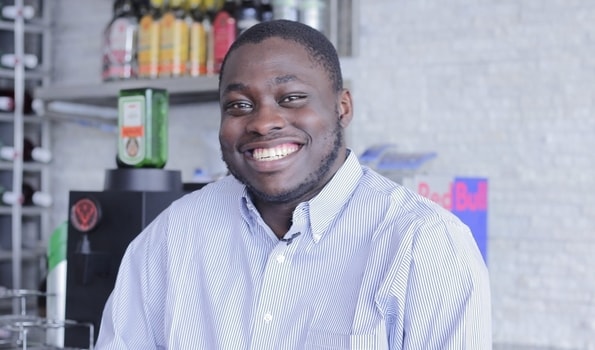 A young Nigerian lawyer, inspired by two great human rights lawyers, is working to improve the lives of vulnerable people through an NGO he started as a student.

Timothy-Asobele Emmanuel Dare, a project officer with the National Micro Small Medium Enterprise Clinic, started Executives Helping Initiative after volunteering at an orphanage in Lagos. With a team he is now working on partnerships to influence prison reform, support mental health and sickle cell and cancer organisations and improve the lives of orphans across Nigeria.

Dare was called to the Nigerian Bar in 2015 and says he was inspired to study law and do more for his community after learning about the late legal giants Chief Gani Fawehinmi and Judge Chukwudifu Oputa.

“Initially it was six of us who visited Love Home orphanage to play with the kids,” he says. But, it was after learning about one specific situation that he realised he would have to do much more.

“There were triplets who had been left there by their mother. It made me so angry. How could a woman just drop three of her kids there? I would later find out it was as a result of economic hardship. I cried and wondered why someone would let economic hardship come between her and her children. It is sad but that is the reality in my country at the moment.”

Last year, 2018, Executives Helping Initiative was officially registered and, says Dare, at last the team could “go all out”.

“We have a lot of volunteers now and work with a number of big brands.  For instance, last year on Valentine’s Day, Uber Nigeria supported a love-themed party at Modupe Cole orphanage. We have worked with Wilson Lemonade, the Dorcas Foundation, the Cece Yara Foundation, therapists and many others. At the moment we are working on a project with Access Bank.”

Executives Helping Initiative has also created Asads, meaning the Anti-Suicide and Depression Squad, to give support in an area of mental health with shockingly high statistics but that remains under resourced.

For now Executives Helping Initiative is looking for more partnerships and is eager for any support for an upcoming series of fundraisers called The Charity 2019.

“We are visiting a prison to help people with bail and paying fines. We will also be working in the Ebute Metta community in Lagos, organising a Kick Against Suicide and Depression football match to push mental health awareness and host a fundraising dinner to raise money for our 2020-2030 projects.”

The goal, says Dare, is to raise 10 million naira for The Charity 2019 and work on partnerships with more NGOs and brands especially those focused on cancer and Sickle Cell anaemia. He also wants to do much more to promote the work being done by Asads.

Dare started his career in Port Harcourt under Chief Ifedapo Adedipe SAN at Adedipe and Adedipe LP before returning to Lagos to work at Grant Attorneys in 2016 and 2017.

He grew up on the University of Lagos (Unilag) campus where his father, Professor SJ Timothy Asobele, is a professor European Language, specifically French.

He is currently working on his Masters in Law, also through Unilag. However his philanthropic work remains his passion.

“Nobody prays to be in the orphanage. We all want to be in lovely homes with our parents but bad things happen sometimes and many children end here for different reasons.

“It gives me joy that my team is doing something about it in our own little way and we have seen how many organizations are following suit.”