There is relief in sight for thousands of labour tenants in South Africa who, because of the ineptitude of government, have waited two decades for their land claims to be finalised. Tania Broughton reports. 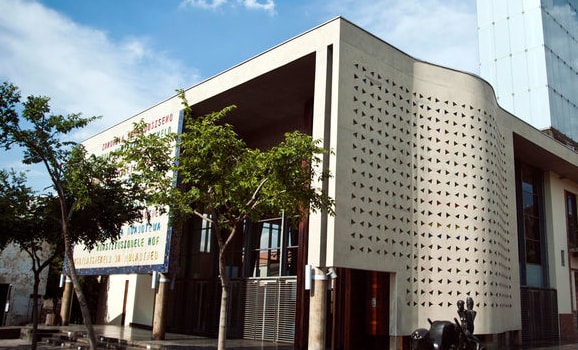 It was a big day in South Africa’s Constitutional Court today (August 20). The Apex court has finally given the thumbs up to the appointment of a “special master” to oversee the process of land restitution for labour tenants.

And, the long awaited ruling was delivered by Justice Edwin Cameron, a tireless crusader for human rights, on his last day in office after serving as a judge for 25 years.

As tributes poured in for Cameron, so the news of the labour tenants victory settled in - they now finally will have someone on their side.

The case - deemed a class action - was initially brought to court in 2013 by the Association for Rural Advancement (Afra) and the Legal Resources Centre in 2013 on behalf of 35 families who were claiming a portion of land, their ancestral home, owned by the Hiltonian Society in KwaZulu-Natal - on which the plush Hilton College, the most expensive private school in South Africa, stands.

Their claims “because of bureaucracy, red tape and ineptitude” where getting nowhere.

In 2016, the Land Claims Court found the Department of Rural Development and Land Reform (DRDLR) to be in contempt of numerous court orders and in contravention of relevant laws.

The court found in favour of the labour tenants’ application to have a special master appointed to oversee the processing of labour tenant claims, some 11 000 of which remained incomplete since the closing date in 2001.

The department of rural development appealed the order in the Supreme Court of Appeal, arguing that it was “judicial overreach” and a breach of the separation of powers principle.

That court, by majority, instead ordered that the department develop and implement a plan, which would be subject to approval by the Land Claims Court.

But one judge disagreed with the majority.

“There is a need for effective relief for the many thousands of vulnerable labour tenants as the Department has thus far experienced grave difficulties in providing this.

“The size and complexity of the task alone supports the appointment of a special master to assist this court to meaningfully monitor implementation,” she said.

It was a smoking gun for the Constitutional Court challenge, which was argued in August and where the applicants said without the appointment of a special master, they would probably be in court for 10 years seeking access to land and security of tenure.

The Constitutional Court agreed, ruling that the land claims court had been right to appoint a special master because of the department's failure to deal with the backlog of claims.

The special master - who still to be appointed - will be an “independent” person, who will assist in adjudicating and processing all the claims which have been gathering dust.