When a South African judge demanded reasons be given by cabinet for ousting a minister, he touched on constitutional law. Professor George Devenish examines the issue now before the Concourt. 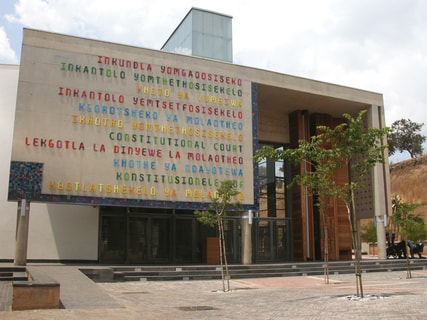 The Gauteng North High Court, in a politically controversial and bold judgement delivered by a year ago by Judge Bashir Vally, ordered that within five days, a record and reasons for the immediate and ignominious dismissal of the erstwhile Finance Minister, Pravin Gordhan on March 30, 2017 be given. This was in response to an urgent application brought by the DA in May 2017. As was to be expected, the former presidency petitioned the Supreme Court of Appeal (SCA) on the basis that the High Court judgment set an unacceptable precedent in relation to the issue of the confidentiality of the decisions and deliberations of the executive or cabinet. Ultimately this issue will have to be definitely settled by the Constitutional Court as it affects the way the executive operates and this obviously applies to the extant Ramaphosa cabinet.

This interesting constitutional issue was addressed by Phephelaphi Dube, the director of the Centre for Constitution Rights, in her recent informative piece: ‘That Cabinet Reshuffle: When Can the Courts Interfere?’ Dube relates that the spokesperson for the former presidency explained the reason why the petition was sought as follows:

“If that matter is left unattended, it means that we are going to provide records for all cabinet reshuffles. Some of these are taken on the basis of certain political considerations.”

This has an impact on the crucial doctrine of separation of powers as it applies with the context of the Constitution and relevant legislation such as the Promotion of Access to Information Act 2 of 2000.

The Constitutional Court will have to act with singular circumspection in reaching a decision in this regard, bearing in mind that section 92 of the Constitution provides for collective cabinet accountability of its members to Parliament. Such collective cabinet accountability is inextricably intertwined with cabinet confidentiality. This will require a very judicious balancing of interests.

As Dube explains further, all public power, even that exercised by the highest executive institution, ie the president and the cabinet, is subject to the Constitution and all its provisions and values. Conduct or law deemed to be inconsistent with the Constitution is invalid and appropriate relief can be sought by those affected thereby.

A CAREFUL EXERCISE OF DISCRETION REQUIRED

Although the executive is constituted by political appointees this does not, per se, mean that all the decisions it takes and its deliberations are exempt from judicial review because they are deemed essentially to be of a political nature. On the other hand, it most certainly does not mean that the judiciary through the courts have carte blanche to subject to judicial review all decisions and deliberations of the highest executive in the land.

Indeed what is required is the Wisdom of Solomon. In this regard former Judge Kate O’Regan cautions as follows: “A court should be careful not to attribute to itself superior wisdom in relation to matters entrusted to other branches of government. A court should thus give due weight to findings of fact and policy decisions made by those with special expertise and experience in the field…A decision that requires an equilibrium to be struck between a range of competing interests or considerations and which is to be taken by a person or institution with specific expertise in that area must be shown respect by the courts.”

What is, however, categorically clear is that the traditional approach found in the Westminster model of the absolute confidentiality of cabinet decisions and deliberations, demanded by the convention of collective cabinet accountability, is no longer applicable because of the nature and content of our constitutional democracy with its Bill of Rights. A far more nuanced approach is essential.

After a careful examination of the issues concerned using a comparative methodology, Prof Koos Malan of the University of Pretoria in an informative and erudite article in the law journal  De Jure  of 2016, reaches the following conclusion in which he explains that section 12(a) of the Promotion of Access to Information Act which, although prima facie, providing that it does not apply to a record of the proceedings of the cabinet or its committees, should not be interpreted and applied as a limitation of the right of access to information held by cabinet. The reason for this is that the applicable law that governs the question of access to cabinet information is essentially section 32(1) (a) of the Constitution, dealing with access to information, which must to be read with section 92(2) of the Constitution, which provides collective cabinet accountability, as explained above. These provisions must also be applied with reference to the development of the common law principles surrounding cabinet secrecy in comparable jurisdictions, such as the UK, Australia, Canada and Kenya.

His analysis brings to light that cabinet secrecy has been restricted compared to that which prevailed in terms of the old dispensation, based on the traditional Westminster model, based on the sovereignty of Parliament, which no longer prevails in South Africa. As a result the scope of public access to information held by cabinet should be interpreted much more generously in the contemporary political and constitutional era, especially when it is clear that important public interests are obviously at stake. In such circumstances the broadly defined right of access to information and the constitutional value of accountability, responsiveness and openness, as set out in section 1 of the Constitution, leave a very limited scope for justifiably refusing cabinet information by virtue of the strict requirements of the limitation clause set out in section 36 of the Constitution.

This conclusion is strongly reinforced by the law of comparable contemporary jurisdictions in other countries. Bearing the above explanation in mind it will be fascinating to see what conclusion our Constitutional Court will reach in relation to the request for reasons for the cabinet reshuffle concerned be made available to the public and great importance the precedent it must of necessity create.