When it comes to laws regarding spanking children, South Africa is out of step with not only European countries, but also many in Africa. Tania Broughton reports. 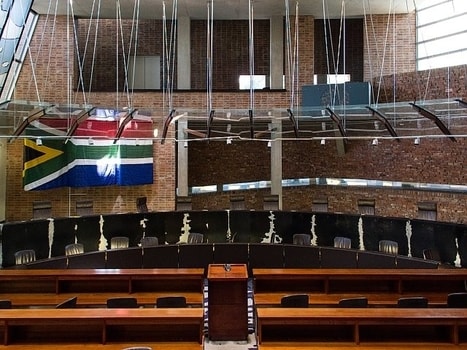 Corporal punishment in the home has come under the spotlight in South Africa since the South Gauteng High Court struck down the criminal defence of ‘reasonable chastisement’ of children in October 2017.

Essentially, the ruling put a ban on parents using any physical force to discipline their children - and it sparked an outcry from some sectors of the community, mainly religious groups who don’t believe that putting their children “in the naughty corner”, is good enough punishment.

But the jury is still out: the country’s apex court, the Constitutional Court, is now grappling with the controversial issue and, after hearing argument for and against earlier this month, is expected to hand down its ruling early in the new year.

According to expert reports before the court, South Africa is not the first African country to deal with the issue - half of the countries in Africa have publicly committed to banning smacking and Kenya, South Sudan, Tunisia, Benin, Cabo Verde, the Republic of Congo and Togo have all already abolished corporal punishment in all settings.

International law and treaties are also on the “no spanking” side and the African Committee of Experts on the Rights and Welfare of the Child called on South Africa in 2014 to ban corporal punishment in the home and to promote information on positive discipline.

The United Nations (UN) Committee also made the same recommendation in 2016, when it urged South Africa to ‘prohibit all forms of corporal punishment in the home, including ‘reasonable chastisement’.

In her ruling in the high court, Judge Raylene Keightley, who was presiding in an application of a local father who had been found criminally guilty of assaulting his son, said: ‘It is time for our country to march in step with its international obligations under the Convention on the Rights of the Child by recognising that the reasonable chastisement defence is no longer legally acceptable under our constitutional dispensation’.

The main opponent to her ruling is Freedom of Religion South Africa, a Christian grouping which says it is acting in the public interest on behalf of Christians and others who believe that “reasonable and moderate physical correction” is central tenet of their faith.

The organisation cautions that Judge Keightley’s ruling has dire consequences for parents, children and society.

“It raises gravely important constitutional issues regarding the rights of parents to raise their children with effective discipline. And the most vulnerable children in society, who come from impoverished circumstances and live in circumstances where positive parenting methods - such as sitting in the “naughty corner” or removing a privilege, such as a cellphone, are also affected.”

“We are neither for nor against physical chastisement, although we are against violent abuse, and supports prosecutions in those circumstances,” the organisation said in its court papers.

Its members believe a spanking is the only way to curb misbehaviour and rebelliousness and “positive parenting” doesn’t prepare children for the “harsh reality of life” and the negative consequences of doing wrong.

On the other side of the debate are children’s rights organisations, the Children’s Institute, the Quaker Peace Centre and Sonke Gender Justice, who have the backing of the well-respected Centre for Child Law.

They point out that a ban on smacking has been successful in many countries – and, in spite of expressed fears that “parents will be thrown into jail”, there had been no increase in prosecutions in these countries.

It involves a change of parenting mind set, “a societal shift” - and research shows that positive parenting creates better children, better able to deal with the challenges life has to throw at them.

“The aim is to develop an ethos or inner conviction in the child that will ensure that they will behave well, even when their parents are not present. It builds feelings of confidence and assertiveness rather than feelings of helplessness and humiliation,” they say.

“And it does not require material aids or expensive tools - such as taking away a privilege. It is about the relationship between the parent and the child.”

“It is difficult to understand how such forms of punishment are in the best interests of the child or promote harmonious development of the child,” they say.

While the Constitutional Court judges deliberate and debate, the child’s rights groups have urged parents and caregivers to change their behaviour.

“The time to stop hitting children is now.”