Something new for Africa

The second US-Africa Leaders Summit held in Washington DC in mid-December 2022 is seen by many as heralding an improvement in trade and the relationship between the two regions. Africa Legal asked experts at two African law firms for their take on the event. 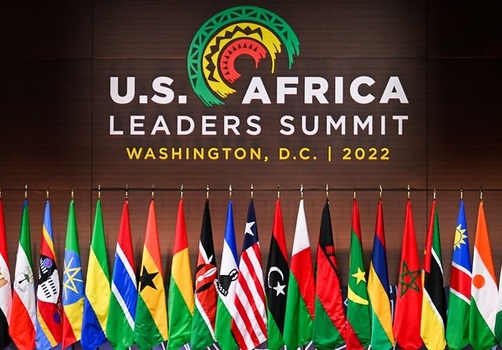 According to a statement by the White House, the summit highlighted the US’s commitment to expanding and deepening their partnership with African countries, institutions, and people. “The Biden-Harris Administration is deepening longstanding areas of cooperation while revitalizing and expanding our partnership to better meet the shared challenges and opportunities of our era.”

Jude Kearney, Managing Partner of ASAFO & Co.’s Washington DC office and chair of the sub-Saharan Africa Committee at US-Eximbank, attended the summit. He believes that this summit heralded significant progress over the first such summit of 2014 and over the many other regional and bilateral meetings held in the interim.

“One significant sign of progress was the messaging about a consequential increase in US-Africa partnership, trade and investment,” Kearney commented. “Each of the US export finance and development agencies had fully developed programmes devised to secure senior African commentary on the respective countries’ needs and aspirations and to gain those countries’ partnership in specific trade or financing programs.”

He noted that some of the most significant indicators of a substantially improved US-Africa dynamic were the US government’s commitments to Africa. “Some surprising ones were a stated intention on the US government’s side to treat African diaspora collectively as an integral principal at the table of discussion on US-Africa collaborations. Most surprising was President Biden’s promise to seek the admission of the Africa Union into the G20 world body. If that were to happen, it would give Africa access it has not previously had and convey the sense that observers should treat Africa as a favored destination of commerce and investment,” Kearney added.

Meluleki Nzimande, a partner in Webber Wentzel’s Competition, Trade and Investment (CTI) Practice and former Chief Commissioner of the International Trade Administration Commission of South Africa, was also keeping a close eye on the summit. He too believes this is a strong indication of progress in US-African relations. “It has been a steady build-up and an ongoing effort by the US for security and other economic reasons and a step forward for African states to counter the impact of Russia and China. It also benefits the African continent and puts it on a higher growth trajectory as it benefits from both its existing trading partners (which include large developing countries) and the US,” Nzimande commented.

The summit provided real hope that US support for the African Continental Free Trade Agreement (AfCFTA) will translate into a reliable increase of US FDI across the next five years. “The idea behind the AfCFTA is to increase intra-African trade between African countries and to attract investors to tap into a USD1.4bn market,” explained Nzimande. “Therefore, US support will likely translate into increased investment and help in getting Africa to industrialise and lift people out of poverty.”

Kearney noted that while it is impossible to say that the AfCFTA will have all the desired results, “one hurdle to FDI to date has been the nearly impossible maze of trade, transport and customs that befall any company wishing to have a regional investment or trading operation on the continent. Reducing some of those barriers and fostering greater means of regional/intra-continent travel will certainly be viewed as positive steps by those considering investing in African countries.”

Kearney highlighted a few key US sectors which are inherently important to improving various aspects of Africa’s development and the population’s welfare. “First and foremost is careful and practical policies relating broadly to the energy sector. One of the things sustaining Africa as well as it has been sustained so far is its vast and vital energy resources. The proceeds to Africa from the development of those subsurface energy resources are the most important component to Africa’s full development. The use of those resources in a smart way and in conjunction with evolving technologies related to their uses will allow Africa to hopefully conquer its most stubborn hurdle to full development – energy (power) poverty.”

He added that the agribusiness, transportation, infrastructure and strategic metals sectors each have gargantuan roles to play in both continental and global advancement of things like food security and providing for the evolving electric transport sector around the globe.

Yael Shafrir, also a member of the CTI team at Webber Wentzel, foresees more African-born tech, particularly in the finance space, impacting US consumer markets, “in particular tech which has enabled the large US African diaspora community to repatriate funds to their home markets.”

Kearney emphasised that countries like Ghana and others are already hosting “African Silicon Valleys” in terms of high tech, fintech and even telecommunications innovations. “Likewise, the use of Africa’s vast natural gas is beginning to spur more innovative developments in the gas-to-power, gas-to-liquids and petrochemical/soil nutrient industries. Increased global partnerships, FDI and development credits brought to bear on Africa’s economies will certainly fund these types of innovations,” he said.

Asked what tangible steps he would like to see the US administration take in relation to supporting African markets, Nzimande said he “would look to the US to offer grant funding/cheap loans to enable energy and infrastructure solutions. We would look to the US private sector to partner with African companies to lay down infrastructure.” Shafrir commented that they would also look for continued investment in digital connectivity and in particular to support small business through partnerships with the African private sector to lower the cost of doing business for SMMEs.

Kearney noted that many of the “deliverables” publicised at the summit were very admirable grants and or contracts but not particularly scaled to foster large scale increases in the countries to which they were destined. “I hope and believe that the scope of US public and private sector investment and financing will soon come. It is a necessity, in the short run, if African economies are to make the sizable leaps they hope for.”

He added that, “All in all, as a long observer and participant in Africa’s affairs, I was very impressed with this summit and with the palpable sense among many of its participants that something new and good is happening on the Africa front.” 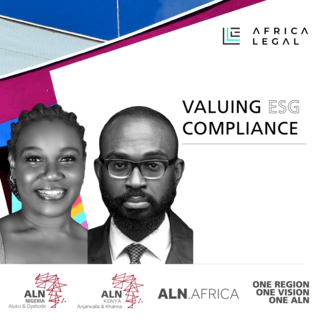