London is the obvious choice for cross border litigation and dispute resolution. As an impartial venue for settling Africa’s commercial disputes it has received renewed focus with Harold Benjamin Solicitors’ appointment of Kenya-born lawyer Bhavini Kalaria as a partner. 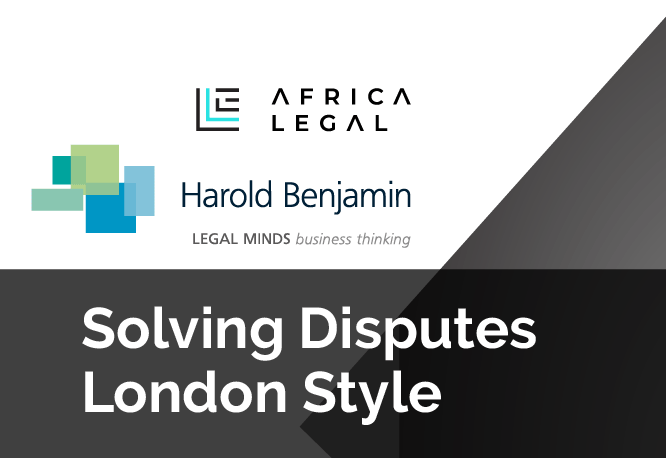 The mid-sized British law firm acquired Kalaria’s firm, The London Law Practice, earlier this year in a bid to expand its offering to commercial players with African interests.

Kalaria, who spent part of her childhood in Kenya and Malawi, has a unique insight into the challenges faced by those with commercial interests in Africa.  Her family established themselves in Malawi, when her paternal grandfather was just 16 years old and they eventually became a leading business force. In Nairobi, her maternal grandfather was Advocate JJ Patel, one of the country’s most renowned lawyers. Understandably, he inspired Kalaria to study law.

Kalaria’s affiliation and warmth for Africa has never waned. In her new role as a partner she believes she has the opportunity to further strengthen commercial and legal relationships both on and off the continent.

Harold Benjamin has a reputation for its capability in delivering legal services in both the non-contentious and contentious real estate sector.  The firm also boasts a large dispute resolution and litigation team with eight lawyers of varying expertise including commercial litigation. Kalaria’s team has now added their invaluable experience to the team of providing counsel support to private investor and corporate clients.

Both Harold Benjamin and Kalaria’s former firm also have extensive experience of dealing with disputes arising out of the energy, infrastructure and banking and finance sectors.

More often than not, commercial clients will want to resolve their disputes in London.

“London is the ideal place to do this because most places accept English law as governing law.  The city’s popularity for dispute resolution is also influenced by its commercial nature and the fact that disputes can be resolved confidentially with easy access to the right experts,” she said.

Having had experience in advising on and negotiating settlements between private investors and banks, Kalaria has seen first-hand the commercial issues that businesses need to grapple with.  More recently, she has helped advise on a dispute between a Congolese company and a Taiwanese Bank. She was also instructed on a claim between a Kenyan developer and another bank and resolved  a significant debt recovery action in favour of a Nigerian company.

Most importantly though, Kalaria explained, all parties involved in disputes want to feel confident in the judicial system they operate in.  The courts in London have credibility and the reputation for effective and fair justice. The UK jurisdiction is usually the chosen jurisdiction for resolution of disputes within contract law.

Additionally, Africa’s biggest economies – Nigeria, Kenya and South Africa  (and Rwanda, which is fast becoming the commercial centre of central Africa) are all signatories to the New York Convention which enables the recognition of foreign arbitral awards, including the resolution of commercial disputes.

There is no doubt that the firm has the African region well and truly covered.