Emma Sadleir is Africa’s foremost expert on social media and the law. She spoke to Africa Legal’s Tania Broughton 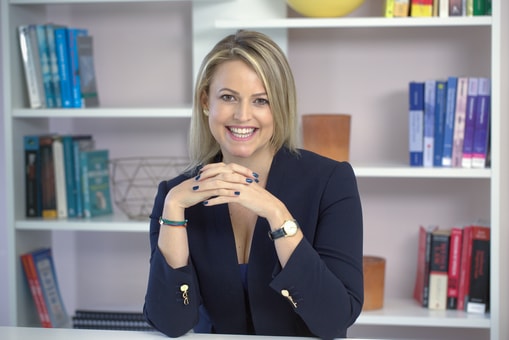 South African-based lawyer Emma Sadleir was in the right place at the right time when the social media revolution suddenly smacked the world.

And she grasped the opportunity with both hands.

She used this “first mover” advantage and, at the age of 33, now runs her own business and is regarded as the THE social media expert on the African continent.

Sadleir says she fell into law by chance.

“I took school seriously and did well…..I got a full scholarship to do actuarial science but it didn’t appeal to me. My mom eventually got the hell-in and enrolled me at the University of Witwatersrand. She registered me for a Bachelor of Arts (BA) and a Bachelor of Commerce degree.

“It was only in the queue when I bumped into a friend that I chose the BA...I literally didn’t know until then that law was one of the subjects on offer.”

She describes herself as a “nosy nerd” and she fell in love with law. “I loved the stories...and I loved reading about the cases.”

After graduating with an LLB, she joined Johannesburg-based law firm Webber Wentzel.

“I was thinking about specialising in mergers and acquisitions. But I was placed in the media law department under media law guru Dario Milo.

“He had just come back from studying in London. He was young and establishing his own team.  I owe my whole career to him.”

It wasn’t all champagne and roses.

“My family were entrepreneurial….they were all self employed. I wasn’t used to this corporate beast. It was a shock to the system. You don’t own your own time. I worked crazy hours.”

At that time, the team were mainly advising and litigating on behalf of “mainstream” media.

“But with the surge in social media it wasn’t just journalists being sued….everyone was a publisher,” she said.

And then she got a scholarship to attend the London School of Economics to do her Masters in information, media and communications law.

“It was 2011, on the cusp of the revolution...everything was transitioning from main stream to digital media. So much was happening in London. Wikileaks  was exploding. I met Julian Assange...there was also a big case in the Supreme Court about whether people could tweet from court….these were issues that the world was dealing with at that time.”

After graduating, she returned to South Africa and to Webber Wentzel.

“I had on golden handcuffs for a year and half because of the scholarship. But five and a half years ago, I decided to go on my own.

“One of the senior partners called me in to say he was worried about me. He said, ‘How will you get clients?’ I said well, if it doesn’t work, I hope you will give me back my  job. I have never had to make that call.”

She started her first  business under her own name and then, three years ago, launched her Digital Law Company.

She is now not registered with the law society - “it is too regulated for my kind of business ” - and runs a consultancy firm, doing mainly pro bono work for social media “victims” which she finances through giving talks and drafting social media policies for schools, businesses, and even the medical profession (she recently gave a talk to a group of psychiatrists).

Apart from South Africa, she has worked in Nigeria, Kenya, Zambia, Botswana, Mozambique and Swaziland.

“Wherever there is internet access - and in the case of the rest of Africa, relatively cheap data - there will be social media issues. There are laws, but people are ignorant of them.”

“I have never spent one cent on advertising or marketing. I have sold myself. If you harness it correctly, social media is an amazing platform. I work within networks, I can follow court cases, I can tweet…..it gives everyone a voice.”

But with the good comes the bad and Sadleir says “it’s dangerous platform” and everyone messes up at one time or another.

“I tripped once when I posted a case-related photograph...it was inappropriate. I deleted it quickly and grovelled to my boss.”

Sadleir guards her own social media.

“And I have two Facebook and Instagram profiles - one professional and one private. The only people who I allow to follow my private profiles are people I would invite for dinner.”

While her work is firmly grounded in issues of law - such as defamation and  privacy issues - she feels she is more of a psychologist because every case she deals with is a “crisis”.

“Revenge pornograpy and sextortion, for example, are  an extension of gender-based violence. “When dealing with victims you have to have high empathy.

“I think being a woman helps with that compassion side so that has been a plus for my business.

“I certainly think that people underestimate you because of the way you look - like with me, it’s  ‘here comes the blonde bimbo’ - and then you prove them wrong and take them down.”

Sadleir’s biggest problem is “being available”.

“It’s time,time, time. I do at least five flights a week. After I have given a talk, I get on the plane and I have more than 100 whatsapp messages waiting for me.”

But she manages to speak to her dad “at least five times a day” and her two horses and love of equestrian sport, completes her.

“If I get to go riding at 10am on a Tuesday, then I think I have got life right.”