With the African Mining Indaba taking place in Cape Town in February each year mining lawyer Brandon Irsigler reflects on an industry at last coming into its own. Greg Ardé reports 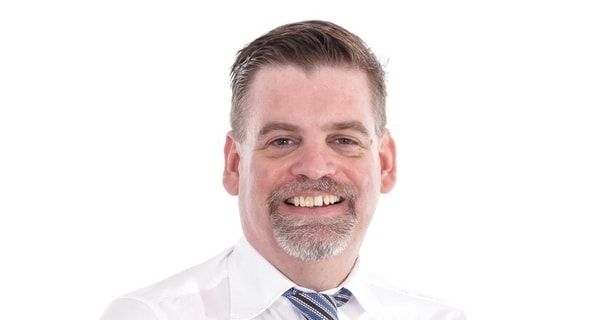 All law is tricky. Perhaps none more so than mining law, especially in resource-rich Africa where miners are striving for prosperity in a faltering global economy.

The demands on their business are multifold, but most notably include long-term investment cycles and changing regulatory and tax regimes.

Legal mining expert Brandon Irsigler, 44, was made a partner at global law firm Dentons in January.

Dentons has offices in 174 cities in 78 countries and employs 9000 lawyers.

Apart from when he served articles at what is now Norton Rose Fulbright and a year’s stint at (retail company) Edcon, Irsigler’s career has focused on mining.

The son of a German immigrant, he went to school in Johannesburg and read law at the University of the Witwatersrand. While at Edcon, and still in his twenties, he stood in as general counsel for six months.

He caught the eye of headhunters who offered him the position of general counsel at Samancor Chrome (Samancor’s core business is the mining and smelting of chrome ore), where he spent four years in what he describes as “enormous learning opportunity”.

Irsigler left to join Anglo Coal where he headed up the legal team before taking a position with the company in London but spending most of his time in South America handling the sale of company assets there.

“Anglo was fantastic. They take their staff seriously. It is a great organisation with lots of effort on training.”

Irsigler’s final stint with Anglo was head of the global firm’s commercial litigation team in Johannesburg.

He left to join Norton Rose Fulbright as a director where he stayed for three years before setting up his own shop, which he ran for 18 months.

The solo sting was “one of the best things I ever did”.

But he soon realised that to keep growing he either had to hire people or go back into a big law firm.

He joined Dentons, a level one Broad-Based Black Economic Empowerment contributor with global links. The practice specialises in commerce and mining and is still headed in South Africa by its local founders who had previously established the firm Kapdi Twala.

With South African offices in Cape Town and Johannesburg, Dentons has strong experience in oil and gas.

Irsigler says working there is a pleasure.

“It is a truly multi-cultural firm and its values are aligned with mine.”

His typical day involves correspondence and returning calls before 11am. “Thereafter I do more of the think work and lots of meeting. On a good day I try and get a late lunch or some gym after that and I’m back at work until 8pm.”

The most demanding work is often with big, listed mining companies. Not due to any particular problem, it’s just work that requires insight into how certain organisations work.

“The challenge is to provide answers that are easily digestible for executives who don’t have a huge amount of time to apply themselves to the minutia of the law. Good lawyers need to dilute what they do to highlight the important things.”

Irsigler says clients, be they big corporates or entrepreneurs or engineers, want the comfort of dealing with a lawyer who has done complicated transactions before.

“It is knowledge of the law and more. It is the etiquette of the deal and navigating complexities. My clients are smart. They make their own decisions, but they look to me to navigate a decent and safe deal.”

Central to this is understanding the nuances of mining, smelting and associated heavy industry.

Irsigler says most mining lawyers in Africa are strong.

“In some respects, the laws are needlessly complex, but it’s a speciality and every jurisdiction has its quirks. You have to lean on your local counsel and you can’t be high handed or arrogant. You always have to work with a local lawyer. Sure you understand your rights in law and everything about the shareholder's agreement, but don’t think you can jump off the plane, dust yourself off and have an appreciation for everything in the deal. Mining is a social contract now, every deal must have that element. Mining is capital intensive, often requiring 30 years to get your returns. You can’t do that without commitment and sound foundations.”

Irsigler expects the year ahead in mining to be stable.

“In Africa, we are seeing the rise of some level of resource nationalism, but certainly not to the extent that it is profoundly unworkable. Africa is cursed with having to ride the resources cycle. At the bottom, governments offer everything to attract investors. At the top of the cycle, miners are making good profits and the government then wants to raise taxes. But I don’t see any country being profoundly anti-investment.

“In South Africa, we have a much greater degree of policy certainty now, which is the product of good faith discussions between industry and government which resulted in Mining Charter III 2018. Guidelines to the Mining Charter III that were published in December are perhaps overly detailed but they create a lot more certainty.”