There is no legal consequence for the death of a child, through government negligence, in South Africa. But the country’s Supreme Court of Appeal will today hear argument to change that. Tania Broughton reports. 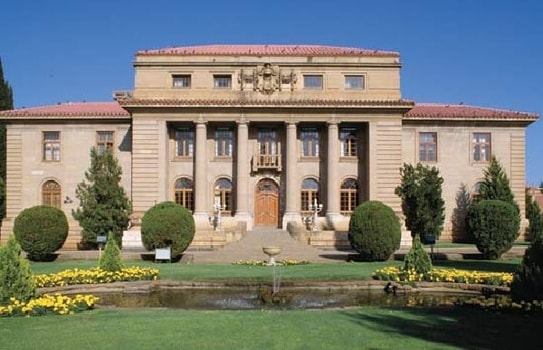 #IstandwithMichael is a simple slogan but it has resonated around the country as activist groups Section 27 and Equal Education (EE) prepare to argue that the common law of delict is, essentially, an ass.

“If Michael had been a breadwinner or brought some material gain to his family, they would have received some recognition for his loss. Because he was a five-year-old at the start of his school career, his life, in terms of our law of delict, has no value,’ they argue.

Michael Komape was in his first week in Grade R in January 2014 at his Limpopo school, he went unsupervised to a “rusty and decaying” pit latrine toilet.

It had been built by a villager in 2009  and had been deemed an “accident waiting to happen” by NGOs, the school and education authorities for years.

It could have been fixed for R500 but the school was told there was no money to do this.

On that day, the structure collapsed under Michael’s weight and he drowned  “in the waste of others”.

His hand was stretched out of the latrine - a sight which his parents Rosina and Mokibelo Komape say haunts them.

And yet, in spite of their continued trauma and the undisputed fact that he was let down by those who were supposed to care for him, the law has not come to their aid.

“If there ever was a case which warrants a rethink on present delict laws, it is this,” the advocacy groups say.

In the Limpopo High Court, Judge Gerrit Muller ruled that the government had breached its constitutional obligations to learners by not providing safe sanitation.

But he said, the family had not proved “general damages” - and there was no legal remedy for their grief.

The family wants the SCA to give a declarator about the rights of Michael - and others whose rights have been violated and award proper compensation to them. They want the court to develop the common law to allow for damages claims for “grief”

“What is the appropriate remedy for a bereaved family who have lost their son and sibling in deplorable circumstances through the negligence of government officials while he was at school,” Section 27 and EE argue.

“This case is about about the abject failure of the state to comply with its constitutional obligations to those who are in most need. The absence of a remedy for inhumane conduct  highlights a chasm between the values promoted in our law and those promoted in the Constitution.

“The law needs to recognise that a loss of life, occurring as a direct result of the State's breach of its constitutional obligations, means more than loss of property or material support.”

Their grief was prolonged and compounded by the refusal of government to take responsibility for what happened.

And the absence of justice has further compounded this, the activists say.

“The present case represents the next opportunity to develop the law…dying by drowning in the  waste of others is an unthinkable horror.

“The court must fashion a remedy that recognises when a child dies as a result of gross breaches of fundamental constitutional duties.

“It is the violation of these rights that require vindication.

“It does not consider if the family has been treated with dignity, or the enduring sorrow and heartache that accompanies a horrific tragedy that was preventable if only the Department of Education had responded to the school’s request for safe toilets.”

The  Minister of Education, the MEC and the school are opposing the application, saying “grief is a passing emotion”. And “they (the family) cannot and should not be compensated for going through a process that all human beings go through”.

They said a common law remedy was already available and the family could have proved its claim for damages for “trauma and emotional shock”, if they had submitted the  necessary medical evidence.