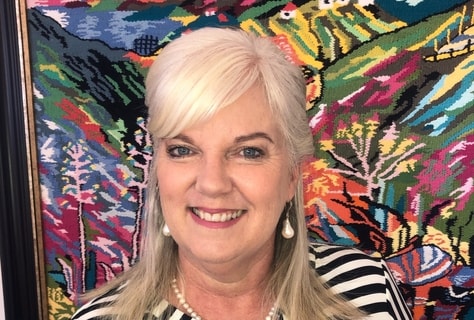 Wybrow believes that South Africa has much to learn from other African countries.

“While our constitution sets the human rights’ benchmark, we have much to learn from Zambia - where the trauma of institutionalisation is understood - and children are placed in the care of families rather than children’s homes.

“We can also learn from Malawi, where children’s well-being is paramount and key criteria must be met before children who have not been been properly cared for may be reunified with their families,” she says.

Her dream is to see Africa become a leader in the children’s rights arena.

To this end, she has founded a non profit organisation Bayakhanya (shine like stars) to legally and socially advocate for parentless children.

Its first project is to challenge proposed new laws in South Africa which aim to exclude all paid professionals from the adoption process which Wybrow believes will “destroy the rights of vulnerable children to family life”.

But looking ahead she wants to share strategies and stories with other legal professionals and child rights activists across the continent to ensure that vulnerable children are properly protected.

Wybrow was dragged kicking and screaming into family law.

“I graduated in 1988 and was doing articles at a Durban firm when I was asked to pioneer its family law department.

“I initially refused. Because of my parents’ divorce, I had studiously avoided children and anyone in crisis. But, after some soul searching I took a leap of faith into the unknown. Three decades on, fighting for children’s rights continues to challenge me on all levels and yet the reward is immense.”

In 1993 she set up her own practice, with her husband Brad Oliver, specialising in adoptions.

The couple are also founders and directors of the child protection and adoption agency, Wandisa (one who adds to the family) which serves orphaned, abandoned and institutionalised children by finding them “forever families” through reunification or adoption.

Wybrow’s biggest joy is “seeing traumatised children who are differently-abled transformed through the unconditional love of parents”.

Looking back, she says, resilience saw her through her early days in law when, because she was a young woman, she was tasked with running errands, such as collecting golf clubs.

She was isolated for refusing to attend company events where strippers entertained clients.

“And even though I retained my maiden name, my colleagues insisted on using my married name, with an emphasis on the ‘Mrs’.”

“Much has changed, but I still feel that women are subconsciously relegated, particularly when it comes to balancing parenthood and professional practice.

“Women should stick to their principles no matter the cost, carve their own specialist niches as they see fit – and wear heels whenever they want to!”

While her job is all consuming, Wybrow says she makes time to “celebrate life” with her family and friends.