Service to Humanity is Never in Vain 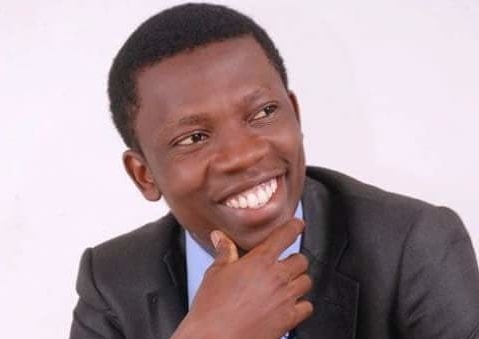 At the International Bar Association (IBA) Conference in Rome recently, Adeola Oyinlade became the first Nigerian to be awarded the Human Rights award, confirmation that his efforts in his home country have made the international legal community take note.

What gave him most cause for celebration and hope was when members of the Nigerian Bar and Bench celebrated his win, acknowledging him as one of their own and throwing their support behind him.

“Having young people as human rights and international law experts is crucial in achieving global peace and security,” he says. “I encourage young people to come into these thematic areas. They are stakeholders that should always be consulted before decisions that affect them are taken.”

The award had him reminiscing of the day he used his limited personal funds to purchase 10,000 copies of Nigeria’s constitution to share with members of his team to enlighten people in Lagos. Everyone, he felt, needed to know the relevance of their constitutional rights in their daily lives.

The recognition by the International Bar Association, he acknowledges, comes with responsibilities. “These are responsibilities which need to lead to deliverables that can make the world more fair and just,” he says. It is a challenge he is ready to embrace.

As the lead partner in Adeola Oyinlade & Co. in Lagos for more than four years, Adeola consults for international and inter-governmental organizations. He has served as a resource person for the African Union (AU), delivering papers across the continent on how AU member states can reform national laws to comply with the African Charter.  He is also a United Nations (UN) Peace Ambassador and has been engaged several times to help find solutions to human rights issues in conflict zones that include, among others, South Sudan, the Central African Republic, the Democratic Republic of Congo and in Libya.

These roles have helped him understand the workings and structures of the AU and the UN and made his engagements with both organizations easier.

He believes that the world has been waiting for his generation to do things differently and that law is a tool for re-engineering society and problem-solving.

He was born to the late Elder Michael and Florence Oyinlade in Akure, in Ondo State western Nigeria.

He obtained his undergraduate and postgraduate law degrees from UNILAG where he was exposed to multiple opportunities that paved the way for his current career path. As an undergraduate, he took to the airwaves again on UNILAG radio also introducing the first ever constitutional rights radio programme, “Know Your Rights Nigeria”. The show simplified constitutional provisions and human rights law making them understandable to everyone. He won several awards for his exceptional work in human rights as an undergraduate, including the LEAP Africa Award for Human Rights. His activism led him to be a part of the team responsible for drafting the Students’ Union constitution in 2005. He also led the faculty of law as the Senate President in his final year.

On the role of mentors in his formative years as a lawyer, Adeola says he remains grateful to his lecturers and professors, many of whom are senior advocates and leading lawyers in Nigeria, who continue to devote their time, expertise and knowledge to mentoring the younger generation.

His late father taught him to be bold, logical and assertive, while offering no excuses for failure. Adeola also met the renowned activist and human rights lawyer, late Chief Gani Fawehinmi GCON SAN, in 2006. It was the chief’s knowledge of law and advocacy that had influenced him as a teenager and encouraged his decision to focus on human and civil rights law.

“Even as mentors shape me, I try to think outside the box and ensure that role models do not become a limit. Where the grace is available, surpass their records,” he says.

Adeola enjoys spending time with his family. They all love a good football game together and, sometimes, for peace’s sake, his first daughter decides to be on the side of his team and the side of his wife’s team, at the same time!

Every aspect of his life centres on ensuring his fellow citizens understand their human rights – it is a course which, he knows, is likely to mean he will sometimes have to face off against those in power. With the recognition from the IBA his voice has been given new strength and, with it, a massive boost to human rights in Nigeria.