Mayflower school in Ikenne in Ogun state in south western Nigeria is no ordinary school. Every morning the children are roused at 5am for exercise, meals are simple and lessons infused with messages of self-reliance, sacrifice and living a life of public service. The consequence is an alumni of “ex-Mays”, as Mayflower former pupils are known in West Africa, who are in leadership positions around the world, many in the legal profession. 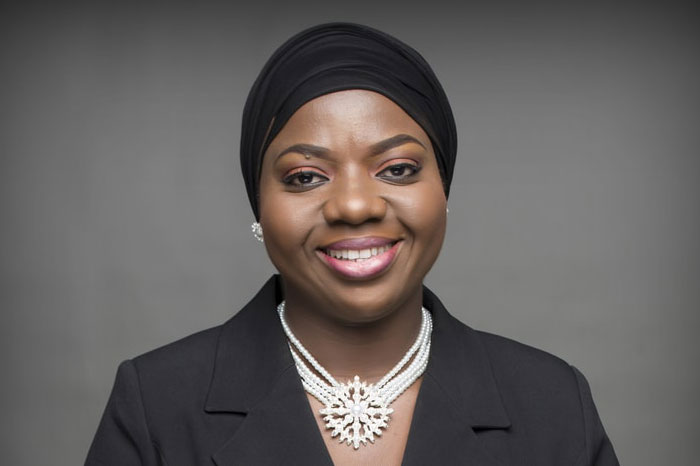 Adeola Sunmola, a partner in the Lagos law firm, Udo Udoma & Belo-Osagie, and one of Nigeria’s Legal 500 lawyers, is an ex-May. It was her father’s decision to send Sunmola and her brother to Mayflower which had been founded in 1956 by the Nigerian civil rights pioneer Dr Tai Solarin. It would be an experience that would shape her world view and instil within her a personal discipline that has seen her rise to become one of Nigeria’s most sought after young legal minds.

“The ethos of Mayflower was for us to be self-reliant and excel in our chosen field all to the benefit of society,” she says.

This responsibility of living a life of public service means that while Sunmola moves in the world of global finance, her country’s best interests drives the decisions she takes. Her expertise is in corporate and project finance. She enjoys providing legal advice to clients in connection with the financing of a diverse range of projects specifically those in the power, manufacturing and infrastructure sectors where she advises lenders and borrowers on transaction structure, documentation negotiation and on navigating Nigeria’s regulatory framework.

She is also among a small group of “go-to” lawyers for foreign and local clients who need guidance on the regulatory hurdles of operating in the country’s free trade zones and is a driving force in her firm’s team which advises on compliance with Nigeria’s anti-corruption laws and ethics.

Sunmola is cautiously upbeat by the economic prospects for Nigeria saying the Presidential Enabling Business Environment Council (PEBEC), set up in 2016 by President Muhammadu Buhari, has set the stage for economic growth by stimulating local investment.

“PEBEC is not perfect but it is an acknowledgement that there have been problems, especially bureaucracy, that has hindered business growth and impeded entrepreneurship.”

She is hopeful, also, that the implementation of the current government’s Economic Recovery and Growth Plan (ERGP) will improve the business environment and, ultimately, assist businesses operating in Nigeria to thrive and compete globally.

Nigeria’s 20-year-old democracy was hard won after years of military dictatorship preceded by a British colonial government. Despite unprecedented growth, which has seen it overtake South Africa as Africa’s biggest economy, ordinary people are still waiting to feel the impact of this on their everyday lives.

The prospect of a presidential election next year and inevitable uncertainty is a niggling worry for Nigerians, she says, but she is hopeful that political leaders understand what needs to be done to ensure the ongoing stability of the nation and with it the development of much needed infrastructure.

“I do feel that the current government is doing its best, but there is always room for improvement” she says.

One of the biggest issues facing Nigeria is a lack of power infrastructure and a limited and unreliable electricity supply. It means millions use generators for their electricity needs which consume their disposable income. In an interview with Bloomberg in January 2018, Nigeria’s Power, Works and Housing Minister Babatunde Fashola, explained that the government wanted generation capacity to increase to 8600 megawatts from 7000 megawatts currently. South Africa, by comparison, has an electricity-generating capacity of more than 40000 megawatts.

Sunmola says a major stumbling block to sustained development of the power infrastructure has been the electricity tariff charged to end-users which is not reflective of the cost of production. “Electricity is produced with resources which are procured in US Dollars but the electricity tariff is more commonly charged in Naira. (1USD = 361NGN). This is not viable. Industry experts and investors have increasingly clamoured for a tariff adjustment methodology which recognises changes in macroeconomic indices such as devaluations in the Naira, inflation and foreign exchange rate fluctuations.”

Despite these issues there is real investment interest in renewable power by international capital, says Sunmola. It is here too that she comes into her own, assisting investors with regulatory hurdles including obtaining permits and licenses, land acquisition for infrastructure development and advising them on legal strategies for effecting compensation to displaced communities.

“This type of investment can be exposed to claims and, unless an investor thinks ahead and adheres to laws and regulations, mistakes and oversights are expensive.”

The federal government’s devolution of decision-making to the “second tier” or state governments, and beyond that the “third tier” or local authorities is now also driving economic growth, she says. This spreading of authority has encouraged local investors to be “inward looking” as opportunities open.

“This is especially so in agriculture and manufacturing. Increasingly the thinking is why import when you can manufacture or grow what the market wants at home.” Successful examples are tomato paste, toothpicks, fertilizer, even growing rice (one of Nigeria’s staple foods), which were all imported in the past, but now are manufactured or grown locally.

“What I do know about Nigerians is that they are a hardworking nation. The youth especially are driven to make ends meet and a majority is involved in business or thinking of ways to do business. There is a spirit of entrepreneurship among the people that is hard to describe,” she says.

Recognised by Legal 500 as a “Next Generation Lawyer”, Adeola is grateful for the opportunity to practice law in a leading Nigerian firm which she says “has a rich culture of gender diversity and inclusion”.

For Sunmola, home is Lagos where, she says, the cultural life is vibrant, the food exceptional and where Nigerians have perfected the social scene.

It is this love of life and incredible potential which the founder of Mayflower recognised in his fellow Nigerians more than sixty years ago. Solarin’s mantra for his pupils was “don’t follow a beaten path” and the school’s motto “knowledge is light”. Repeating these over and over he worked tirelessly to make his pupils see what they could become. For Sunmola it has been a philosophy that has enabled her to reach the top of her game and, in so doing, she is making a massive contribution to her country.