Public hearings on the battle between Somalia and Kenya over their sea border have been postponed to March 2021, the International Court of Justice (IJC) has said in a statement. 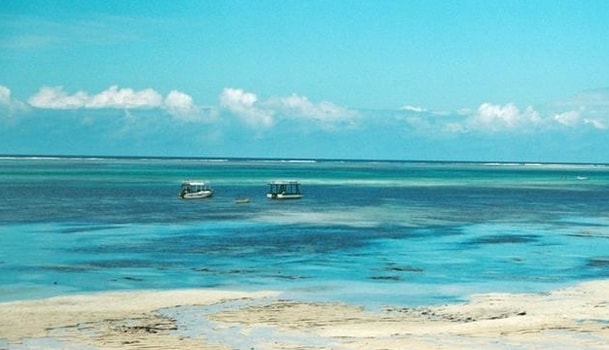 The IJC is the principal judicial organ of the United Nations and currently has before it the long-standing fight between the two East African neighbours over their maritime delimitation in the Indian Ocean.

The hearings were scheduled to have opened on June 8, 2020 but have been postponed at Kenya’s request due to the Covid-19 pandemic.

In its statement the IJC said, “A further press release will be issued in due course regarding the full schedule of the hearings, as well as the admission and accreditation procedures for members of the public and media representatives.”

In June 2019, journalist John Kamau, writing for Kenya’s Daily Nation, explained how the border row was a legacy of the colonial era when Britain was trying to entice Italy to its side to fight in WWI.

“For starters, the straight lines in the Somalia border with Kenya were for a long time referred to as Milner-Scialoja lines because they resulted from a deal reached between British Lord Alfred Milner, by then the Secretary of State for Foreign Affairs, and Italian Foreign Minister Vittorio Scialoja. These two diplomats sat in boardrooms in Europe and determined what their African territories would look like in the post-war period,” Kamau wrote.

In his article, titled, “Colonial deal and oil factor in Kenya-Somalia border row”, published on June 30, 2019, Kamau explained that Somalia had sued Kenya at the ICJ wanting the maritime boundary redrawn. This was from the current eastwards flow from the land border south of Kiunga, to a diagonal flow.

“This means that Kenya could lose 100,000 square kilometres of sea thought to contain huge amounts of hydrocarbons.”

Kenya and Somalia are frequently at odds over border violations with Kenya accusing the latter of harassing its citizens in border communities. Somalia, on the other hand, has accused Kenya of meddling in its politics and for harbouring individuals accused of human rights violations in Somalia. Somalia has been in a state of chaos for nearly 30 years following the collapse of its central government. Militant groups run its regional governments making them a haven for Al-Shabab, which has links to al-Qaeda, and destabilising the region.

The ICJ website explains: The Court is composed of 15 judges elected for a nine-year term by the General Assembly and the Security Council of the United Nations. The seat of the Court is at the Peace Palace in The Hague (Netherlands). The Court has a twofold role: first, to settle, in accordance with international law, through judgments which have binding force and are without appeal for the parties concerned, legal disputes submitted to it by States; and, second, to give advisory opinions on legal questions referred to it by duly authorized United Nations organs and agencies of the system.