Sanctions of a Different Kind for African Leaders

A former Nairobi Governor, Mike Sonko, and his family members have been barred from entering the United States on account of corruption charges. Alfred Olufemi reports. 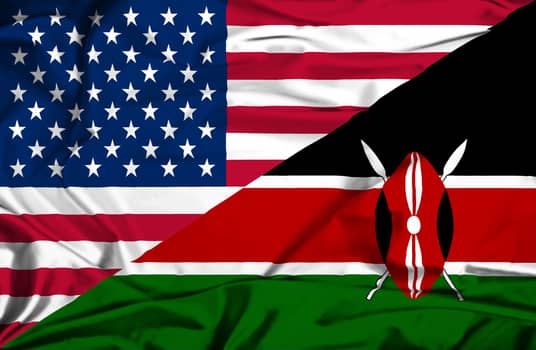 US Secretary of State Antony Blinken has been very busy announcing sanctions on Russia since their invasion of Ukraine, but on 8 March he announced sanctions of a different kind on a Kenyan man. The ban on Mike Sonko, his wife and three children prohibits them from getting visas to America as a result of alleged corruption during Sonko’s tenure as the Governor of Nairobi City county in Kenya.

According to Blinken, this designation is made under Section 7031(c) of the Department of State, Foreign Operations, and Related Programs Appropriations Act, 2021. The section provides that officials of foreign governments and their immediate family members are not eligible for entry into the United States “when the Secretary of State has credible information that the foreign official has been involved, directly or indirectly, with significant corruption and/or a gross violation of human rights”.

Sonko, who served as the county governor between 2017 and 2020, has been accused of misappropriating $3.5m of public funds, along with some others. He also faces numerous other charges in the courts, including assault and terrorism-linked offences. He has pleaded not guilty to all charges.

“I’ve learned of news barring my family and I from travelling to the United States of America (USA) over unverified corruption allegations against me,” Sonko said in a video shared on his Facebook page. “I’ve not been convicted on any corruption related charges because the cases are still pending in court awaiting judgement. There are only two governors who’ve been charged in a court of law for giving tenders to their wives and kids but not me.”

Sonko is not the only African leader to be faced with this same sanction. In 2019, the United States government banned the Inspector General of Cameroon’s gendarmerie and his family from entering its country due to the African official's involvement in corrupt practices.

“The Secretary of State is publicly designating the Republic of Cameroon Inspector General of the Cameroonian Gendarmerie, Colonel Jean Claude Ango Ango, due to his involvement in significant corruption related to wildlife trafficking,” read a statement by the American government.

There are also reports that a former Nigerian vice president, Atiku Abubakar, earned the same sanction.  Several US diplomats and others familiar with the visit told Reuters the former vice president had been banned from entering the United States for the past several years after he figured prominently in two corruption cases.

Nigerian lawyer Festus Ogun hopes the measure will help the fight against corruption, particularly in Africa. “Imagine a situation where the president is banned from entering the UK. That would force him to address the rot in our medical sector. It would probably put an end to the irritating medical tourism (ruling elites seeking medical care abroad). Given that our ruling elites are deeply afraid of international sanctions, our leadership would be forced to develop our country instead of hiding in safe havens,” he told Africa Legal.