A four year legal battle by an unmarried South African father has ended with a significant victory which could help others. Tania Broughton reports on a “ground breaking” judgment. 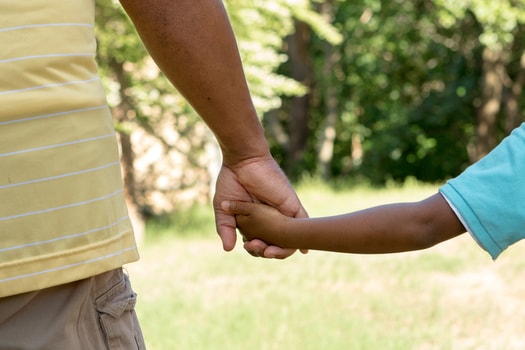 Family lawyers agree that a recent ruling handed down in a case where a devoted dad has fought tooth and nail to be legally recognised as his son’s father, is a step in the right direction in the ever evolving jurisprudence for unmarried dads.

And for the father - who cannot be named to protect the identity of his minor son - it means so much more.

“I can’t quite describe the feeling. It just feels like I’m “Dad” and I am so grateful to the court for recognising me as the same and hope it’s made it easier for other fathers in my position.

“It’s not fair that society - and the law - always automatically puts us on the back burner. There are fantastic fathers out there and I meet more and more men in my position every day,” he said.

The couple, who never married, were together when the little boy was born and the dad attended the birth.

But four months later, she left and took the baby with her and denied him access.

“As a dad, I have been unable to take anything for granted. I have had to fight for access. I had to fight to be declared a joint holder of parental rights and responsibilities by way of court order.

“Legally I was never considered equal to my child’s mother…..and the whole time I had to build up confidence in myself and believe that I am a good dad.”

The final hurdle in his journey was to have his name inserted on the birth certificate - tricky because of South Africa’s laws regarding birth registration which favour the mother.

But not only did he win this, Durban High Court Judge Jacqui Henriques went one step further and also ordered that the child’s surname be double-barreled to reflect both parents.

“It’s about identity, heritage and connection. I can now say, legally, that he is mine,” the dad said.

Family law expert Benita Ardenbaum said the Judge had gone beyond the “strict application of the law” regarding children born out of wedlock.

“The courts have a wide discretion when looking at the best interests of the child. In this matter she looked at the Constitution, the Convention on the Rights of the Child and international law, which all prevent discrimination.

“And in doing so she tackled the issue of identity- a child’s right to a name and nationality - and ruled that he has a right to a name which identifies him to both parents.

“It’s a great judgment in my opinion - it shows how jurisprudence on this issue of father’s rights is evolving. Unfortunately these matters have to be taken to court, and many people just don’t have the money to do it.”

The mom, in opposing the application, argued that a name change would confuse the child and distinguish him from his family unit and her, as his primary care-giver.

But Judge Henriques said it was undeniable that the dad was committed and devoted to playing a meaningful role in his son’s life.

“In my view, the alteration of his name can only be in the best interests of the child….in addition to maintaining a healthy relationship with his father and give recognition to both his birth rights, a double-barreled surname, recognising both parents and their commitment to him, can hardly be said not to be in his best interests.”

Local attorney Charmaine Schwenn said South Africa’s courts have acknowledged, after many decades of cases, psychological studies and finding that it is in the best interests of children for both their parents to play as active a role as possible in the child’s life.

“This judgment is important because the court looked at the benefits of changing the child’s surname to reflect and acknowledge the father.

“If the parties had been married, the child would have inevitably had the surname of his father.  Why should it be any different in a situation where the parties were not married? Constitutionally the child has a right to be treated equally to children not born out of wedlock.”