Foreign law graduates in South Africa are reeling from a recent Constitutional Court ruling which effectively shuts the door on them being able to practise law in the country, reports Tania Broughton. 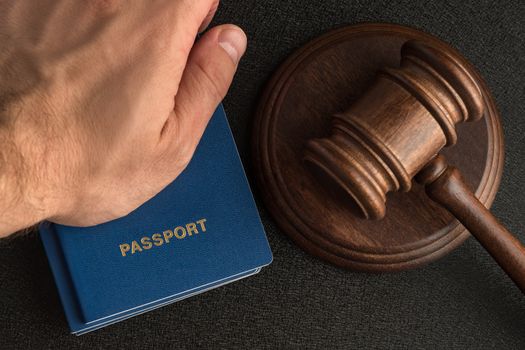 The apex court has ruled that a section of the Legal Practice Act, which restricts admission to the profession to citizens and permanent residents, passes constitutional muster. This means that foreign graduates – who studied at local universities under various visas and have gone on to do pupillage and articles at local firms – can only work in the country as legal advisors and researchers. Those affected are mainly from Zimbabwe, Lesotho and the Democratic Republic of Congo.

The issue was raised before the apex court in two applications which were consolidated at one hearing.

Applicants complained that the Act constituted an “absolute and inflexible barrier” to them practising law. One said that while he was a fully qualified lawyer, he was working as a waiter to support his family. They argued that the section unfairly discriminated against them, that it was “unreasonable, irrational and unjustifiable” and unique to the legal profession.

They were supported by the Asylum Seeker, Refugee and Migrant Coalition (ASRM) , the Scalabrini Centre of Cape Town, the International Commission of Jurists and the Pan-African Bar Association of South Africa.

The Legal Practice Council and various ministers opposed the application. The ministers said most of the applicants had been in the country on study visas and they were now not at liberty to circumvent immigration laws. The act fulfilled a proper purpose – to protect employment in South Africa – and the practice of law was not a rare or critical skill, they argued.

The Constitutional Court’s ruling was unanimous.

Judge Zukisa Tshiqi, who penned the judgement, said non-citizens had no rights under Section 22 of the Constitution (which guarantees rights to choose trade, occupation and profession), and the State had powers to pass laws regulating certain professions or trades.

“The legislature is at liberty to decide how far to extend admission into the legal profession to non-citizens, and it has chosen to draw the line at permanent residents.” Judge Tshiqi said the differentiation was there to protect opportunities for South Africans, and that was legally permissible.

She said when foreigners chose to study and do vocational training in South Africa, “they made this choice fully conversant with the fact that they are not eligible for admission, or at the very least, they ought to be conversant.”

ASRM founder Muchengeti Hwacha said, “We are disappointed in the outcome but we obviously respect the decision of the court.” He said the impact on the representation of non-citizens in the profession would  be dire.

“The inordinate delay that it will  take for most non-citizens to acquire permanent residence (because of capacity issues at the Department of Home Affairs) means that they will effectively sit on their qualifications for years and, in the case of refugees, probably for over a decade. I would think that if those impacted want to fulfil their goal of practising law, they will have to do so in other jurisdictions.”