Rural Community in Court for School

South Africa’s Constitution, like in many democratic African countries, guarantees the right to education. But in a recent case, a judge has stepped in to ensure the rights of children living in a rural KwaZulu-Natal community are upheld. Tania Broughton reports. 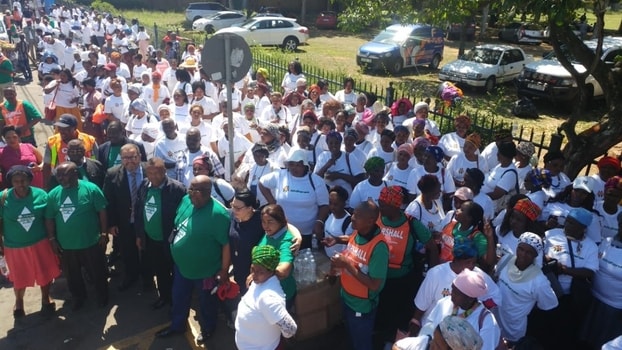 But Judge Rashid Vahed, hearing the plight of a community which has been fighting for 20 years for a secondary school in their area, has now put the local education department on strict terms to proceed with the project.

He took it a step further. After hearing evidence of the shockingly inadequate conditions at schools in the greater area of Nkandla, he declared those responsible to be in breach of the Constitution and ordered that issues such as lack of textbooks, desks and classrooms be fixed “without delay” or, at the latest, by the start of the 2021 school year.

The history of the matter reflects a litany of broken promises.

In 2010, the then Member of Executive Committee (MEC) in charge of education, gave the project the thumbs up.

But in 2017 - after a site next to the existing primary school was identified and a task team appointed to oversee the project - the incumbent MEC changed his mind citing a “feasibility study” which showed that “the proximity of the proposed school to another secondary school in the sparsely populated area, would render one of them surplus to requirements”.

The community, under the auspices of the Mpungose Traditional Council and the Nkungumathe Community Organisation, argued that this decision was unlawful and irrational.

“Our children come from rural and impoverished backgrounds. They have a right to be empowered through education.”

Judge Vahed said the case went to the very heart of the fundamental rights of access to basic education - and what was “startling” was that the MEC had been unable to produce the so-called feasibility study.

The decision, he said, flew in the face of evidence that children in the community were walking hours to get to other schools which were already overcrowded with up to 81 learners in classrooms.

When the matter finally went legal, the community found itself with a strange bedfellow, AfriForum, a civil rights organisation which traditionally has supported the rights of Afrikaans communities.

One of the lawyers involved in the litigation said the organisation was of the view that the right to education was integral to creating a sustainable and prosperous South Africa.

“A number of AfriForum representatives went to Nkandla to see first hand the challenges that the children in the community faced.

“The fact that the community started an NGO to address their educational needs while simultaneously seeking assistance from AfriForum falls squarely within AfriForum's vision which is committed to ensuring that all South Africans enjoy the rights enshrined in the Constitution.”