Civil rights watchdogs have won a major legal victory in South Africa after protracted litigation against the government to curb industrial air pollution. The decision by Judge Colleen Collis has buttressed the constitutional right of citizens to an environment that is “not harmful to health and wellbeing”, reports Tony Carnie. 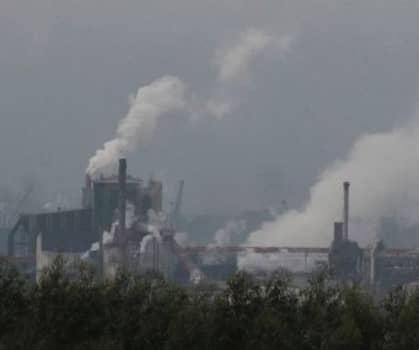 In a judgment handed down on 18 March, the High Court in Pretoria ruled that citizens are entitled to protection against health-threatening levels of air pollution. The victory came after legal proceedings launched nearly three years ago by the groundWork watchdog group and Vukani Environmental Justice Movement in Action.

The applicants, represented by Advocate Steven Budlender SC, instructed by attorney Tim Lloyd of the Centre for Environmental Rights (CER), argued that the government had done too little to protect residents of the Highveld area, a region where hundreds of thousands of people are exposed daily to high levels of toxic fumes and dust fallout from power stations, coal mines and heavy industry emissions.

Counsel for the main respondent, national Environment Minister Barbara Creecy, sought to argue that the constitutional right to a healthy living environment was qualified by the need for sustainable economic development.

The minister’s legal team raised the example of whether the government could be held liable for a breach of this constitutional right to a healthy environment in the event of a severe sand storm “or a volcano spewing toxic gasses over a town”.

But Judge Collis criticised Creecy, her predecessors and senior department officials for their failure, “inordinate delays” and foot-dragging in tackling harmful and potentially-fatal levels of air pollution in the Highveld region for decades.

“As a consequence of this failure  .... and the Department’s own finding that more than 10 000 premature deaths occur each year which are directly attributable to air pollution in the Highveld Priority Area, the inescapable conclusion that must be reached on the evidence presented, is that the levels of air pollution in this area are not consistent with the section 24(a) (of the Constitutional) right to an environment that is not harmful to health or wellbeing,” the judge declared.

Collis said the minister and her officials now had to be “put on terms” to implement tougher new draft regulations to tackle harmful air pollution levels on the Highveld – including legally-enforceable measures to hold polluters to account.

The judge noted that when the case came before her in May 2021, Creecy’s department was still only at the stage of draft regulations. “The Minister has provided no indication of a timeline for finalising these regulations, if she intends to do so. This undue delay without an explanation on the side of the Minister cannot be condoned by this Court and as such it calls for this Court’s intervention. The fact that it has taken the Department almost two years to prepare six-page draft regulations is further evidence of the need for expedition and clear timeframes.”

The judge emphasised that her court order was not intended to fetter the Minister’s discretion or bind her to a particular outcome, but instead offered “appropriate guidance”.

Collis has made several orders, including a finding that “it is declared that the poor air quality in the Highveld Priority Area is in breach of residents’ section 24(a) constitutional right to an environment that is not harmful to their health and well-being”.

In the absence of an appeal, the South Africa environment minister now has 12 months to prepare, initiate, and prescribe regulations to implement and enforce the Highveld Plan.