The African Court on Human and Peoples’ Rights has come to the aid of the vulnerable Ogiek “forest” community in Kenya, ordering the government to pay the equivalent of about US$1.3 million in damages for “material and moral” human rights breaches, writes Tania Broughton. 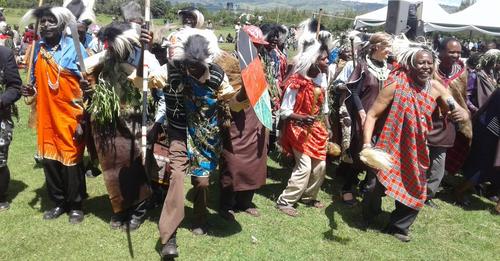 The court ordered that Kenya take all steps to guarantee the recognition of the Ogiek as indigenous peoples, and to give protection to their language, cultural practices and religious beliefs. It also ordered that a community development fund be set up within 12 months so that every member could  benefit from the reparations.

The government must report back to the court on the status of this – and general compliance with the order – within a year.

The African Court on Human and Peoples’ Rights which sits in Arusha, Tanzania, had previously ruled that the government, in its dealings with the community, had breached several charter rights in its repeated evictions of them from Mau Forest. The Ogiek are one of the country’s last remaining hunter-gatherer communities, and most of the  52 000 people live on their ancestral land in the 400 000 ha forest in the Rift Valley.

The government claims its eviction of the people is rooted in its desire to stop degradation of the forest and protect the country’s water supplies.

However, the  court has taken a dim view of this and, following on its 2017 findings of breaches, it has now determined what reparations must be paid. The court affirmed what it said was the finding that Kenya, being responsible for the violation of their rights, had a responsibility to “rectify the consequences of its wrongful acts”.

The amount awarded in connection with this, about US$50 000, was to cover damages suffered through violations of their right to development, loss of property and natural resources. The court further ordered the government to pay the equivalent of US$850 000 for suffering and distress, infringement of values and changes to lifestyle conditions.

It said the government had a duty to accommodate the rights of indigenous people to land and that it should engage with the Ogiek people and parties who had been allocated  land in the forest (some in private ownership and some illegal)  to reach an agreement on possible “benefit sharing”. If no agreement was possible, then Kenya must either compensate the third parties and return the land to the Ogiek or compensate the Ogiek.

In a statement, Daniel Kobei, executive director of Ogiek Peoples’ Development Programme, said the community, after waiting five years since the main judgment, was relieved with the outcome. He said going forward, there needed to be engagement with the Kenyan government to ensure that the reparations were paid and the order complied with.

The Minority Rights Group (MRG) described the ruling as “pathbreaking” – the  result of a 13-year legal struggle. Agnes Kabajuni, MRG’s Africa Regional Manager, cautioned that international support was now crucial to ensure that the government complied with the judgment “to the letter”.