A bill seeking the regulation of legal aid services in Uganda is finally before the country’s parliament. Alfred Olufemi examines the road it has travelled and what it seeks to achieve. 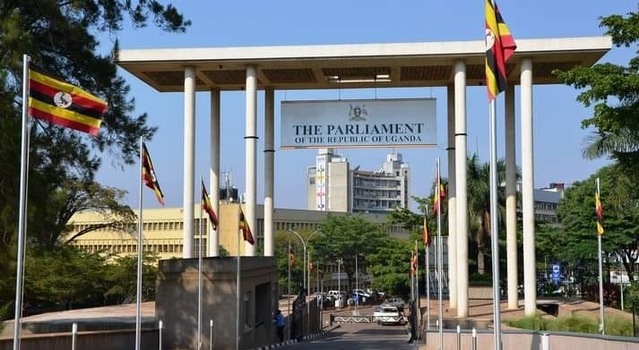 A member of the Ugandan parliament, Silas Aogon of Kumi Municipality, presented the National Legal Aid Bill 2022 for the first reading on 28 September.

The bill, which aims to provide easy access to free legal aid for vulnerable groups, and also to regulate legal aid service providers in the country, was first drafted in 2011 but its implementation has repeatedly been stalled.

Speaking at the national Legal Aid Conference in 2015, President Yoweri Kaguta Museveni promised that the bill would be tabled before parliament, but it did not get to the legislative arm until 2018, and even then it did not sail through.

According to the late Jacob Oulanyah, Deputy Speaker of Parliament at the time, its passage was hindered because the finance ministry failed to issue a Certificate of Financial Implication for the bill.

“The current legal framework has failed to help the poor access justice. It is only the rich who can access justice. The key problem is that there is no money to finance the Legal Aid Programme,” Oulanyah said.

However, since then lawyers and civil society organisations have intensified their advocacy for the passage of the bill.

In 2020 some legal practitioners operating under the Legal Aid Service Providers Network (LASPNET) sought the intervention of then-Speaker Rebecca Kadaga in this regard. The group expressed concern about the rising number of Ugandans who cannot access legal services because of economic constraints.

“Research conducted in 2016 shows that over 80 per cent of people in Uganda, especially women and youth, are prevented by economic obstacles from accessing justice and from defending their property and rights,” said Dr Sylvia Namubiru, the Chief Executive Officer of LASPNET.

Their concerns also align with the United Nations Office on Drugs and Crime (UNODC) global report on legal aid on the African continent, which noted that post-independence constitutions, such as the ones in Nigeria,  Uganda and Kenya, overlooked access to legal aid for accused persons.

With the recent re-introduction of the bill, civil rights advocates are optimistic that this will change, because the proposal spells out the modalities for legal aid schemes including pro bono services and law clinics operated by public universities.

On the mode of application, the bill states that a person who intends to receive legal aid services shall apply to a legal aid service provider orally or in written form. The proposed law also establishes an account to be known as the Legal Aid Funding Account, which will provide financial support for the schemes.