Enid Muthoni Ndiga is the Senior Vice President of the Global Legal Programme at the Centre for Reproductive Rights overseeing its programmes in Africa, Asia, Latin America, and Europe. Judy Waguma, spoke to her about dedicating her life to fighting for the downtrodden. 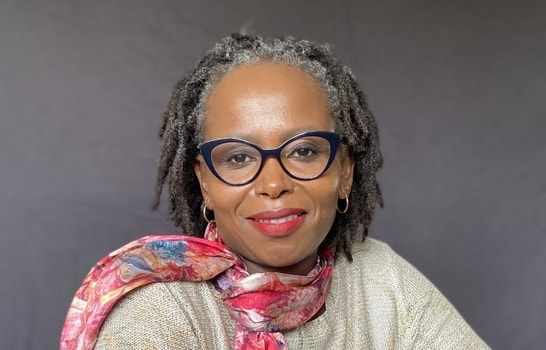 “If you are telling a battered woman you shouldn’t go back to your abuser, where are you telling her to go?” Enid asks, immediately bringing into sharp focus the dilemma that has for centuries trapped women in violent and abusive relationships.

“Meanwhile, her in-laws, her own mother are telling her to go back. How do you support a woman who is empowered enough to say ‘I want to get out’, or ‘I want to seek justice’?

“It is not enough for us to say, ‘You know, there is a law that says you shouldn’t be beaten’.”

The challenge though is that the law remains “in the public space, and not in the private space”.

“Working with the Center enables me to strengthen the private and make it public because, when you expose the violence, when you expose injustices, we tell women, we see you, we know what is happening to you.”

Before joining FIDA Kenya, Enid was in private practice for four years. Her career included time with the International Development Law Organisation (IDLO), as the regional manager for Africa, and, before that, as its country director based in Kenya. She has worked for the United Nations Population Fund (UNFPA), the United Nations Development Programme (UNDP), Norwegian Church Aid, and Kenya National Commission on Human Rights.

When she joined FIDA, she says, she was surrounded by strong women who helped to build and support her. These included, “my boss at that time, Jane Kiragu, who saw the potential in me and threw me in the deep end; Judge Martha Koome, who I still call when I need guidance; and, Lillian Mwaura, who founded FIDA Kenya.”

“Having women who stick their necks out and cut out a path for other women has been very useful.”

Her zeal to argue cases for the downtrodden, especially women and girls, was what inspired her to go into law. Her own life was no bed of roses.

“When I was growing up, I felt this sense of anger, an impotent rage, towards the unfairness I saw happening around me.”

A issue that is very close to her heart is that of Female Genital Mutilation (FMG).

Despite a life-long crusade against FMG, the fight against the practice remains an issue in the region

“My cousin, shockingly, was a circumciser who wanted to circumcise me. I could not imagine anyone wanting to cut me; why would you want to do that?” she asks.

“My mother issued a warning against circumcising her girls,” she says.

“I learned from then, that when you stand out, when you believe in something, and you can support it, you can save the people around you.

“Young girls would also get pregnant and just disappear from school,” she says.

“When you pass laws, you realise that women and girls must be able to want those services,” says Enid.

“They must be empowered enough, they must have an urgency to actually want to benefit from those laws and practices.”

Enid works with Civil Society Organisations (CSO) and government agencies to clarify laws and establish guidelines on their application. She also leads the Centre’s global advocacy work at the United Nations.

On a personal level, she is an avid reader and is becoming a respected author with her first book “Breaking at the Seams, an Anthology” shortlisted for the 4th Annual Global AfriCAN Authors Awards taking place in July this year. The work is a further elaboration of her experiences challenging patriarchal societal norms.

Born in Meru, in what is now the Tharaka Nithi district in a small village called Maara, near Mount Kenya, Enid says she walked 2.5km daily to attend school, “This routine shaped me.”