The arrest of a Ugandan opposition politician, to prevent his supporters from blocking a major road, raised legal questions about the violation of his rights as he had not committed any crime. Tania Broughton reports. 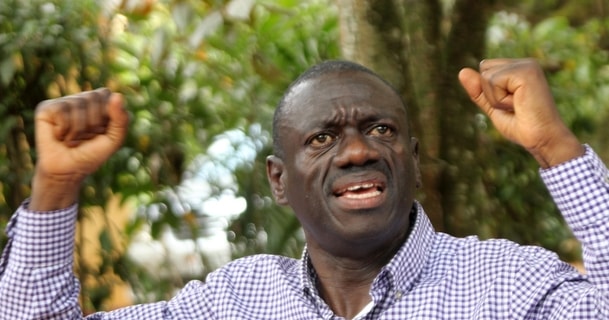 Feisty Ugandan politician, Dr Warren Kizza Besigye Kifefe, who has been described as one of President Yoweri Museveni’s toughest political foes in his 32 years in power, has won, in part, a significant court challenge to one of his many “unlawful arrests”.

After losing for the third time to Museveni in the February 2016 General Election, Besigye left Uganda in August and returned in October that year.

On his arrival, he claimed in papers before Judge Musa Ssekaana in the High Court of Uganda, he was “grabbed by his trousers” by Uganda Aviation Police (AVPOL), bundled into a car and driven along remote back roads that he didn’t know - to his home in Kasangati.

The object of his arrest, it emerged, was to remove him quickly from the airport, where his relatives and supporters had gathered in numbers, apparently to embark on an illegal protest to clog and effectively shut down the 45km main road between the airport in Entebbe and Kampala.

Besigya, who has been arrested many times in the past, claimed 300 million Ugandan shillings (more than £60 000) in compensation from AVPOL and the Attorney General for what he said was a violation of his constitutional rights to freedom from torture, cruel inhuman or degrading treatment, and the right to freedom of movement and association.

Besigya argued that his arrest was inhumane, degrading and humiliating and his lawyers argued that the police ought to have arrested him in a “dignified manner”, especially at the airport “which is our gateway for tourists and foreigners”.

“Such a crude manner of arrest paints an ugly picture of the country and could have economic consequences. Our client was not informed of the offence of which he was being arrested. The police knew well in advance that they were to arrest him. They should have presented written reasons.”

While the judge ruled that certain of Besigya’s constitutional rights had been violated by the manner of his arrest - and ordered that he be paid 10 million shillings (more than £2000) - his rights to freedom of association movement or political belief had not been violated.

“If he intended to meet his political supporters, he should have done so with due regard to the laws which set down guidelines for public meetings,” he said.

On whether the arrest was justified, Judge Ssekaana noted that the respondents were mandated by the constitution to protect life and property, preserve law and order and to detect crime.

The police knew of the plan to clog the road and the arrest was a preventative measure, the police had respondents argue.

The tricky question, the judge said, was what could the State do to someone, for example a terrorist, living quietly and peacefully, but who might carry out an attack when assigned a mission?

“The State is forbidden from inflicting punishment for future acts…..but is it such situations that may justify preventive arrest to deter commission of crime?

“A decision to arrest and detain such a person is, in some sense, a self-fulfilling prophecy, since the error of such detention will never be discovered.

“And the concept of ‘dangerous’ is elusive and vague.”

Judge Ssekaana said the police in this matter contended they had credible evidence. People had indeed gathered at the airport and such an illegal march would have paralyzed economic activity along the busy highway.

“The risk and danger of arresting him in a big gathering would have raised tensions in the crowd and increase the chances of violence and clashes.

“While the manner of arrest was grossly improper, the arrest was justified,” he ruled.

Copyright : Re-publication of this article is authorised only in the following circumstances; the writer and Africa Legal are both recognised as the author and the website address www.africa-legal.com and original article link are included. A bio for the writer can be provided on request.