South African NGOs, religious groups and protesting citizens are at risk of being targeted under a new bill aimed at containing terrorism, and are fighting back, writes Ciaran Ryan. 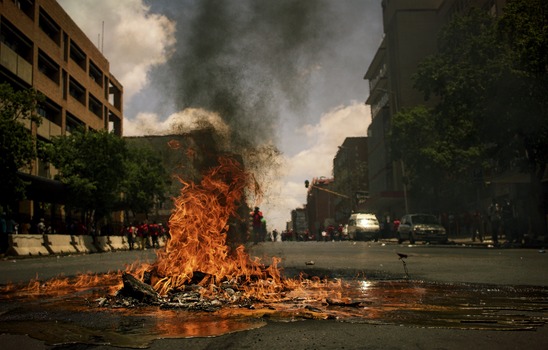 As countries everywhere have discovered, defining terrorism is fraught with danger. South Africa is the latest to grasp this nettle when it published its draft Protection of Constitutional Democracy against Terrorist and Related Activities Amendment Bill, also known as the anti-terrorism bill.

Public participation non-profit Dear South Africa elicited more than 25 000 comments on the bill, 98% of them negative, from citizens concerned about the loose wording of the bill that could see legitimate protest action redefined as terrorism. Several other non-profits warned that the bill posed an existential threat to South Africa’s stumbling democracy.

Of particular concern is the broadened definition of terrorist activity to include acts “calculated to overthrow the government of (SA) or any other government”, or cause damage or interference to information infrastructure.

In its most literal interpretation, anyone calling for the replacement of the government or distributing content deemed terrorist-related could be labelled a terrorist and have their assets seized.

That puts large swathes of civil society in potential danger, including investigative journalists, NGOs tasked with keeping government on the right side of the Constitution and religious groups critical of certain government policies.

Secessionist movements such as “CapeExit” – a movement advocating for the Western Cape province to secede from the rump of South Africa – could also be deemed a terrorist organisation under the proposed wording of the bill.

South Africa has had a Terrorism Act since 1967, when terrorist activity was so loosely defined it could encompass ordinary crimes such as murder, though the real purpose was to clamp down on violent political opposition during the apartheid years.

The 9/11 attacks on the Twin Towers in New York in 2001 prompted a global shake-up in terrorism legislation worldwide, and South Africa passed the Protection of Constitutional Democracy Against Terrorist and Related Activities Act in 2005. This was done to meet the country’s legal obligations in terms of already ratified terrorism conventions.

The latest amendment to this legislation was prompted largely by the threat of grey-listing by the Financial Action Task Force, a global body tasked with combatting money laundering and terrorist financing.

The blowback has been ferocious. Dear South Africa’s chair, Rob Hutchinson, argues that the bill is a classic case of government over-reach that would have a chilling effect on freedom of speech, freedom of association and other rights embedded in South Africa’s Bill of Rights.

There are also worries that humanitarian aid to people in conflict areas could be seen as terrorism partisanship, says Ottilia Anna Maunganidze, head of special projects at the Institute for Security Studies in South Africa.

Legislators around the world have anguished over the definition of terrorism and the potential to weaponise these laws against political opponents of the government in power. In South Africa, several members of Parliament and representatives on the Portfolio Committee on Police appear sensitive to the widespread public opposition, prompting calls for a rewrite of critical parts of the bill.