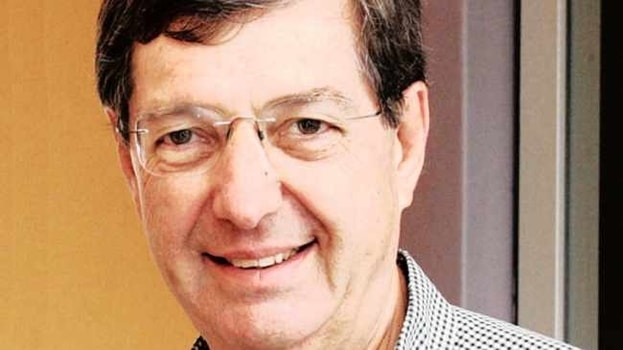 Attorney Colin Cowan was revered in South Africa’s legal circles. He successfully ran a busy practice in Durban for 25 years before joining, as an executive consultant, one of the country’s oldest and most respected law firms in KwaZulu-Natal in 2003.

It would take seven years for the “truth” about Cowan to come out.

In November 2010, he shot himself in his garden, leaving behind a suicide note in which he admitted to committing “fraud”.

Subsequent investigations revealed that he had been running a Ponzi scheme under the noses of Garlicke and Bousfield’s directors - and investors, collectively owed about R100 million, started banging on the firm’s door.

Cowan took money from investors, including clients of the firm, under the guise of running a bridging finance scheme when, in truth, there were no authentic underlying property transactions.

He was taking money from one to pay off another. As with all Ponzi schemes, it imploded and on the eve of his suicide, he was scrambling to get more finance for a non-existent deal, red flags were raised.

While the directors claimed they were also duped by him and should not be held liable for any losses, a judge this week ruled in favour of one, Merlin Stols, and ordered the firm to pay him the R7 million.

In his lengthy judgment - a summary of 22 full court days of evidence - the judge points fingers at some of the directors, making adverse reputational findings against them.

Stols’ case was that he was “comforted” and re-assured that the investments were legal and sound. This was not only because of Cowan’s reputation, but also because he was operating openly from the law firm’s high-brow offices.

One director had also assured him, on two occasions, that the deals were kosher when Stols queried why he was sometimes asked to deposit money directly into the bank accounts of third parties.

He was also given “letters of undertaking” on the company’s letterhead, signed by directors and he made some deposits into the firm’s trust account.

In his scathing judgment, Judge Mnguni referred to one director as “being a stranger to the truth” another as being “biased” who withheld certain facts in her evidence in chief, including the fact that the firm earned “commissions” from the transactions.

Another, the judge said, had signed many of the letters and had resorted to “dishonest proposition” when trying to explain his actions and why he did not do a due diligence audit.

While the director said he just trusted Cowan, he had also stated that people should not “rely on the signature of a director” on the firm’s letterhead but do their own investigations.

The firm says it is now considering appealing the judgment and has been quick to point out that it relates to events of more than 10 years ago.

“We deny any knowledge of the illegal Ponzi scheme operated by the late Colin Cowan. We would like to reiterate the fact that a forensic report conducted into this matter found no evidence that the directors were aware of Cowan’s scheme or complicit in the scheme in any way.

“We remain committed to serving our clients and the profession to the highest standard. All associated with this company are proud of our 150-year heritage as one of the country’s most respected legal firms supported by a team of experienced and highly regarded legal professionals.”