Attorneys in South Africa have objected to law change proposals which they believe could bar them from representing poor communities and activists who challenge environmental decisions by government, reports Tony Carnie. 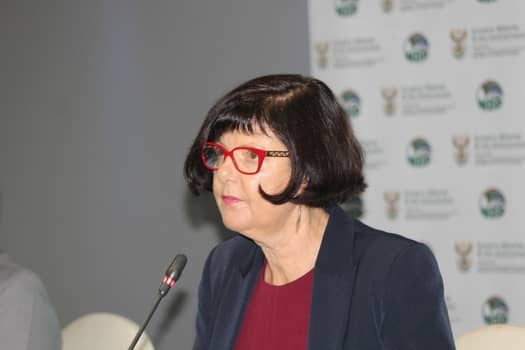 While most attorneys were enjoying the Christmas holidays, South African environment minister Barbara Creecy published a seemingly innocuous notice in the government gazette about plans to amend sections of the National Environmental Management Act (NEMA).

On the face of it, the amendments refer to the registration of environmental assessment practitioners (EAPs). But several attorneys are worried that the proposals are poorly framed and will effectively exclude them from appeal proceedings in terms of Section 43 of NEMA.

Jeremy Ridl, a senior environmental attorney and planning law specialist, has submitted a formal objection arguing that the proposed regulations will appropriate work to EAPs that is reserved to legal practitioners – and that this is unlawful. Ridl said the exclusion of lawyers from such environmental processes was inconsistent with the provisions of NEMA, which were clearly designed to make environmental justice, through the courts, more accessible to vulnerable communities.

He believed the amendments have far-reaching implications for vulnerable communities, especially those who rely on pro bono legal services. The publication of the changes on December 31 also seemed to be a disingenuous attempt to “slip legislation through” while lawyers and other stakeholders were on holiday.

Minister Creecy had failed to provide any explanation on the need to limit the rights of communities to proper representation, especially in environmental processes that were more about law than they were about environmental management.

Ridl said the law changes also came at a time when communities had achieved some notable successes in court in challenging environmental authorisations issued by the Department of Mineral Resources or in setting aside flawed appeal decisions made by Minister Creecy and her provincial counterparts.

Janice Tooley, an environmental attorney and director of the All Rise non-profit law clinic in Durban, believes the law changes could have “chilling effects” on Section 43 appeals. “We would like to mention upfront that the rationale for many of these Intended amendments is not obvious and thus it is difficult, if not impossible to be in a position to properly comment on them,” she said. “It is regrettable that the Department did not see fit to issue an accompanying memorandum that explains the reasons for the minister’s proposed changes.”

Tooley questioned why the minister was seeking not only to create a role for EAPs in the appeal process, but also in so doing, making their role mandatory “to the point of excluding any other specialist and legal representation”.

Dr Jenny Hall, a senior law lecturer at the University of Johannesburg, said that for nearly 20 years members of the public had enjoyed the right to participate in environmental decisions. Some of the proposed changes were therefore “an enormous intrusion and encroachment on this right and, with respect, a step backwards for democratic environmental governance”.

Environmental attorney Adrian Pole has suggested that the current wording of the law amendments is so wide and vague that it gives rise to significant legal uncertainty. It was difficult to imagine that it was the minister’s intention to undermine public participation in this manner, he commented, but if so, Pole said the amendments would be vulnerable to being challenged and set aside on High Court Review.