Miriam Gaituri wears many hats. She is a lawyer, a forensic auditor, a mom of three and, when she gets the chance, a keen golfer. Tania Broughton speaks to this Nairobi-based good governance expert. 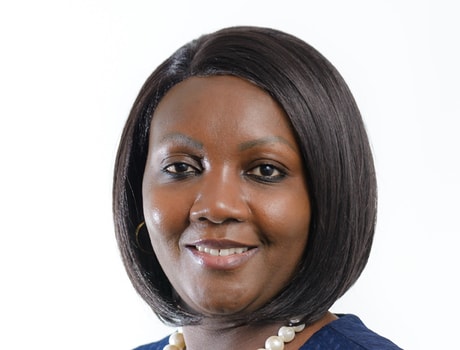 Recently appointed as associate director in charge of governance, compliance and investigations at Bowmans, Kenya, Gaituri, says since starting her career 17 years ago, there has been a “huge shift” away from the preference for male lawyers over women lawyers.

“There is now no obvious bias, especially in the private sector. It is not hard to be a woman in law because the playing field has evened out. We are able to compete fairly with men for opportunities in the legal arena.”

She was drawn to law because she was inspired by senior women lawyers in her home country “the advocacy and justice work they were doing and the impact their work was creating”.

But, prior to that, when she started off in the forensic audit world, she did sometimes wonder if she had bitten off more than she could chew.

“That particular career was dominated by men and older men for that matter. Many of them, at that time, had served in the police force or in the military and I initially felt out of place. Over time I settled as the role became more and more familiar, and I am happy I stuck it out to the end,” she says.

Cautious is the word she uses to describe herself.

“I don’t take things at face value.  Perhaps it’s because in my 17 years as a lawyer and forensic auditor, I have seen that things are rarely what they seem.”

And good corporate governance is her mantra.

“The last few years have seen a reawakening of corporates to the need for sound and effective corporate governance practices because it is evident that, when neglected, governance, particularly a lack of it, automatically leads to corporate collapse and other disastrous consequences.

“There is, therefore, a very high demand for governance, compliance and investigative services as corporates rush to ‘put their houses in order’ by ensuring they are fully compliant, not only with existing laws and regulations but also with international best practices.”

Gaituri  says the penalties for non-cooperation or non-compliance are steep and punitive.

“No  corporate wants to find itself in on the wrong side of the law.

“But some, such as those in the banking sector, find themselves with a heavy compliance burden because they are quite dependent on their customers being good citizens and doing the right thing.

“A non-compliant customer could  get the institution into a legal and regulatory dilemma. Balancing the needs and privileges of their customers against the requirements of the law and of regulators is a big challenge for banks, for example. “

One project she is particularly proud of was her role in the  forensic audit of an East African country’s entire public service payroll.

“The  purpose was to identify and eliminate ghost workers. As a result, the government was able to save billions that were previously paid out to these ghost workers.”

One of the  biggest hurdles in her job is managing client expectation.

“Some of the work I do is quite complex with no certain outcomes. Many clients come to me with specific outcomes in mind and I have to not only manage their expectations, but also to prepare them for a potentially disappointing end.

“For example when fraud has occurred, it is natural for a company to insist that the lost money or assets must be recovered but there are instances when recovery is impossible and the only viable legal option is prosecution of those culpable.”

Gaituri’s advice to new business players in Africa is to do the necessary due diligence on the entities they wish to invest in to avoid “burning their fingers”.

“They must also pay special attention to the governance and compliance structures of their companies because those two elements will either help their companies to grow and thrive or collapse.”

Approach life with a big smile