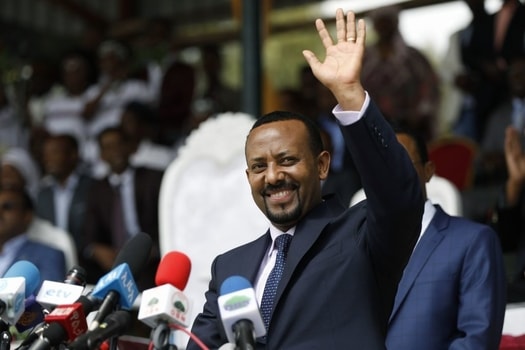 The highly coveted award was bestowed on Ahmed in recognition of his efforts to achieve peace and international cooperation.

“And in particular for his decisive initiative to resolve the border conflict with neighbouring Eritrea,” the Norwegian Nobel Committee said during the announcement, which took place in Oslo, Norway, earlier today (Friday), “The prize is also meant to recognise all the stakeholders working for peace and reconciliation in Ethiopia and in the East and Northeast African regions”.

Ahmed played a pivotal role in bringing to an end the decades-long border war between Ethiopia and Eritrea, which started in 1998 and saw at least 70 000 people killed and billions of dollars spent on weaponry.

A peace deal was signed in 2000, but it was not until last June - when the then newly-elected Ahmed agreed to accept a disputed border decision - that tensions actually began to subside. A month later, Ahmed and Eritrean President Isaias Afwerki issued a joint statement declaring that the war was officially over.

“Peace does not arise from the actions of one party alone. When Prime Minister (Ahmed) reached out his hand, President Afwerki grasped it, and helped to formalise the peace process between the two countries. The Norwegian Nobel Committee hopes the peace agreement will help to bring about positive change for the entire populations of Ethiopia and Eritrea,” the committee said today.

“The Norwegian Nobel Committee hopes that the Nobel Peace Prize will strengthen Prime Minister in his important work for peace and reconciliation. Ethiopia is Africa’s second most populous country and has East Africa’s largest economy. A peaceful, stable and successful Ethiopia will have many positive side-effects, and will help to strengthen fraternity among nations and peoples in the region,” the committee said.

“The ceasing of political hostilities has enabled families and friends long divided across a border to take advantage of the peace dividends. The steps taken to mend the broken relations between the two countries has been critical to regional stability, permeating relations among Horn region countries with the potential for growth through cooperation,” it read.

The Prime Minister’s offices encouraged Ethiopians and friends of the nation to “continue standing on the side of peace”.

“This victory and recognition is a collective win for Ethiopians and a call to strengthen our resolve in making Ethiopia - the new horizon for hope - a prosperous nation for all they said.”