London lawyer Andrew Sekandi speaks to Tony Carnie about growing up in southern Africa and his work with Save the Children. 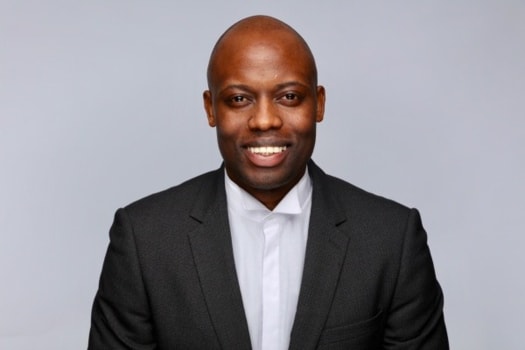 One of the abiding advantages of good legal training, reflects Andrew Sekandi, is that you learn to consider both sides of an argument.

Andrew, who recently joined the Africa Advisory Board of the UK-based charity Save the Children, always dreamed of becoming a lawyer - perhaps arguing human rights cases at the United Nations.

His Ugandan-born parents left home in the late 1970s and settled briefly in Zimbabwe, where Andrew was born, before packing up once more to move to Namibia.

At the age of nine he found himself standing at the gates of one of Africa’s top schools – the South African College High School (SACS) in Cape Town.

It was a time of dramatic political change in South Africa. Nelson Mandela had just been released from prison and would soon become the country’s first democratically-elected President.

Andrew excelled in the classroom and on the sports fields at SACS, later becoming deputy head boy before moving across to the University of Cape Town (UCT) to study law.

He excelled here too. With team-mate and fellow UCT law student Nick Friedman, he won the All Africa Moot Court competition in 2005, a mock trial where a court case is simulated and students hone their skills as lawyers by arguing cases based on a hypothetical set of facts at the Constitutional Court of South Africa

After graduation in 2006 he moved back to Namibia where he qualified as a lawyer, then shifted to London to start working in the consulting sector helping global clients to enter and do business in African markets. He worked for large global consulting firms for 10 years including Control Risks Group, Kroll and KPMG before setting up his own Africa-focused advisory firm, Alpha Sierra, last year and simultaneously taking up a partnership position at De Charles LLP

Now he feels the time has come to contribute to Africa’s youth.

“I had three meals a day, a roof over my head and was relatively privileged. Things were difficult at times but I was very fortunate compared to the average child in the region – so I have always felt a duty to pay it forward in some way.”

Perhaps because his mother was also a lawyer, he was always interested in human rights causes.

“I feel I lost that a bit. You can get caught up in corporate life.”

Earlier this year, Save the Children philanthropy advisor Keith Kibirango invited him to join the charity’s Africa Advisory Board.

“Initially I was a bit wary,” he confesses. “The track record of some NGOs has been mixed, but it is also very easy to be an armchair critic. Keith reached out to me at the right time and made it clear that they were looking for more African voices to be involved in their work and to help set the agenda.”

Andrew is hoping that members of the African network he has developed can also become more involved in contributing to the charity.

Having worked in the private sector for more than a decade, he also sees opportunities to make more use of technology and entrepreneurship skills.

“When a cyclone hits Mozambique, homeless children can be stuck in a camp for months – so how can we help to ensure that their education continues?

“Can we use drone technology, for example, to deliver emergency food or medicines immediately - rather than waiting for a flooded river to drop or for a damaged road to be cleared?

“You have to focus first on the acute needs such as food, water, shelter – but over time you also have to consider the education and psychological needs of children who have been displaced by disasters.”